This isn’t one of those new laws that you have to read between the lines.  But it is kind of unbelievable that it took Canada’s Supreme Court to rule on it.  So what happened?  A high school teacher in Ontario, Canada was secretly recording his female students’ boobs back in 2015.  You’d think that would be an automatic no-no.  But no, no.  The teacher’s name is Ryan Jarvis. After his activities came to light, authorities threw the book at him.  But Jarvis got off when the Ontario Court of Appeals made a shocking ruling.  Their reasoning was that these female students didn’t enjoy a reasonable expectation of privacy at their public school.  Fortunately, the highest Canada court ruled that such illicit filming of boobs is illegal.

The Supreme Court wrote in its decision, “In this case, when the entire context is considered, there can be no doubt that the students’ circumstances give rise to a reasonable expectation that they would not be recorded in the manner they were.”  Well, that’s a relief, right?  But it is shocking it took this long for authorities to charge Jarvis with voyeurism.  So let’s be clear about what happened here.  Jarvis was using a spy pen to shoot the videos.  And he did all he could to find the most invasive angles he could.  And find them, he did.

So even more shocking is that he secretly made films of 27 different girls.  Their ages ranged from 14 to 18 years old.  Most of the girls were “wearing low-cut or close-fitting tops.”  He shot these videos in a number of places in the school, including classrooms, hallways and even the cafeteria.  The naughty videos even captured audio.  The court also wrote, “It is also striking that a number of the videos are shot from above or beside female students who are seated in classrooms or computer labs, or who are in the hallways of the school, at angles that capture more of their breasts than would be visible if the students were recorded head on.”

So this is shocking, right?  The original appeals court decision based its decision on the fact that the school already filmed these girls with standard school surveillance.  But they also somehow thought these videos weren’t sexual!  Well, at least he didn’t grab’em by the pussy. 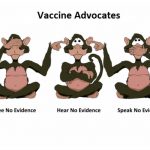 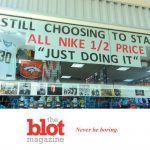