HBO’s “Captivated: The Trials Of Pamela Smart” is a documentary that takes a new look at the role that the media played in the first televised murder trial. In 1991, Pamela Smart, then 21, was sentenced to life in prison for allegedly conspiring with her 15-year-old lover, Billy Flynn, and three of his friends to kill her husband Gregg.

Smart was accused of seducing young Billy and threatening to stop having sex with him unless he killed her husband. It was Flynn who shot and killed Gregg. It didn’t take long for the boys to flip on her for lighter sentences. The trial became a media circus, and the public saw Smart as an evil woman who had arranged the whole thing. Smart was found guilty of conspiracy to commit murder and witness tampering.

The film includes interviews with attorneys from both sides, Smart’s friends, inmates who served time with her, journalists who’d reported on the case, the first interview with one of the boys since his release and a new interview with Smart, who still maintains her innocence. Woven throughout the film are audiotapes that were recorded by one of the jurors during the trial. The juror expressed deep concerns about the fairness of the proceedings. There are archival TV and movie clips, including scenes from several films inspired by the case, including 1995’s “To Die For,” which was directed by Gus Van Sant and stars Nicole Kidman.

Dorri Olds: What is your biggest issue with the case?

Jeremiah Zagar: There are two crimes that were committed against Pamela Smart. One is that she got a very unfair trial, and two is that her name has been stolen. That is an incredible horror for someone to deal with. My hope is that this movie gives her back her story.

What do you mean her name was stolen?

What does Pamela think of your film?

What’s crazy is that Pamela will probably never see my film. In order for Pamela to see this movie, the prison would have to OK it. They screen the films for group audiences in the prison. Ironically, they did approve “To Die For,” so Pamela saw that film. It makes her incredibly angry. She kept telling me, “That is not my story. That is not me.”

I recently spoke with the filmmaker who interviewed Patricia Krenwinkel from the Charles Manson case. You mentioned in “Captivated” that even Charles Manson gets the possibility of parole, but Pamela Smart does not. Do you think prison officials see Pamela Smart as any kind of threat to society now?

They see Pamela Smart as a woman who is very similar to the woman in “To Die For.” That’s how they view her. She’s been raped in prison and beaten for who she is. She was beaten so badly at one point she had to have a metal plate put in the left side of her face. Whenever a new inmate comes in they say, “I’ve seen your film. I know who you are.”

The truth is, once they get to know her, they feel very differently about her. She’s a teacher in prison. She’s helped tons of people get their degrees. She’s gotten two master’s degrees. She’s an AIDS counselor now. She’s become this very revered person in prison, but at first people believe that she is the person they’ve seen in “To Die For” or have read about in the paper or seen on TV.

Do you think she was raped and beaten because of who she is or because that’s just the nature of being in prison?

I think she was raped and beaten for who she is. You can see those pictures of her in prison. Those are exact replicas of the pictures that appeared in the trial. That brutality is mirrored in the form of those photos. It’s very difficult to look at that reality.

Just to be clear, when you say, “those pictures,” can you explain what you mean?

There were photos that were shown at Pamela’s trial that were said to have provoked Bill Flynn to kill Gregg. They’re photos of Pamela in a bikini. The narrative became that Pamela had taken these photos and given them to Bill showing him these sexy photos and saying, “You can have this.” That became part of the narrative of the Lady Macbeth or the Eve that seduces a young man and convinces him to do wrong. But in truth those photos were taken by Pamela’s best friend, and Pamela had to be convinced by her best friend to take them. Her friend wanted to submit them for a modeling contest, and it was very much in fun and play for a 21-year-old woman. But those photos became iconic images of a seductress, seducing a young man to do a horrible thing.

It’s so strange. Even if she had sent the photos and said, “Look what you can have,” it doesn’t mean that she wanted Bill Flynn to kill for her.

Yes, and that’s the big thing. Ultimately the case is a he said/she said case. Pamela said, “I didn’t tell this young man to kill my husband.” And Bill Flynn says, “She told me to kill her husband.” Then he told his friends and convinced his friends. Ultimately, that’s what this case breaks down to: Do you believe him or her? The fact that everyone is so sure that she is the mastermind is mind-boggling to me after having known her for the last four years. She just does not seem like that person.

Do you think you’ll stay in touch with her? Have you developed a friendship?

Yes, absolutely, I consider her a friend. 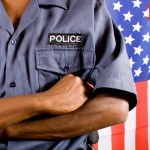 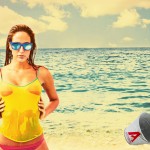