“Immortal” might be a bit of an exaggeration. And well, “genius,” too. Yet even with those “poetic license” caveats, you still might be able to prolong your life and increase your mental acuity if you partake in the occasional fast (no more Shake Shack burger binges) now and again. At least that’s what Valter Longo and his team of researchers at the University of Southern California, as well as participating colleagues in England, Italy and Texas, believe.

Longo and company discovered that “cycles of a four-day low-calorie diet that mimics fasting cut visceral belly fat and elevated the number of progenitor and stem cells in several organs of old mice — including the brain …” In others words, a little bit of mild fasting (at least for mice) can lead to smarter creatures. And that’s not all. By looking at yeast, mice, and yes, human beings, Longo has revealed some important “biological mechanisms” that are triggered at the cellar level by absenting from — or severely reducing — the intake of food for short periods of time.

This type of fasting, according to the study, extended the lifespan of older mice, reduced the frequency of cancer, improved their immune systems and bolstered cognitive capabilities overall. Not bad for cutting back on snacks for a few days. A similar trial on people, with restricted caloric intake for five days out of the month, yielded similar results, reducing “risk factors and biomarkers for aging,” as well as heart disease, cancer and diabetes.

The trick here is not going for an all out ascetic-in-the-wild-seeking-enlightenment mode of fasting. What Longo came up with and tried as well is a “fasting mimicking diet” (FMD) that reduces calories by up to half (sometime less), rather than forcing a person to suffer and starve — which can be very hard to maintain, even if for only a few days.

By reducing certain hormones (IGF-I) and increasing others in the FMD diet, the researchers sought to maximize the benefits of the fast without damaging bone or muscle. They’re trying to build heartier, long-lived specimens, not weaken them.

If the FDA eventually approves some, or perhaps all of the USC team’s claims about disease prevention, treatment and aging, physician-monitored FMD diets could one day become a widespread health fad or a standard part of a healthy lifestyle. We already have juice cleanses and gluten-free diets. Adding a FMD fast to your routine every few months would simply be another dietary modification.

And if this kind of monitored fasting does prove to be beneficial, as the research suggests, the only real obstacle to taking part are all of those delicious meaty, salty and sugary calories American life tempts us with every day of our collective lives. 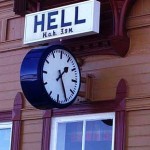 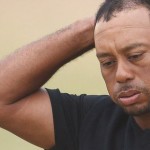