A recent article in the Huffington Post making questionable usage of the word “rape” in the context of a scene in a Disney film got me thinking about the power of language. The startling title made me click on the article, which I’m fairly certain was the objective.

The article talks about a “rape scene” in the Disney film “Maleficent.” The author describes how Maleficent, played by Angelina Jolie, once had wings and could fly, until the would-be king drugs her, mutilates her by taking her wings and “rapes her of her ability to fly.”

While I have no doubt this is a vivid metaphor for someone who has suffered rape, and I do see the allegorical parallels, this is not rape. By calling it actual rape, the power of this very powerful word is diminished.

Language conveys meaning. Words are an important component of language. When words are intentionally misused, or when people are hounded out of proportion for using a word or phrase that, by all accounts, doesn’t define them as a human being, the value of language is weakened. When we weaken language, it has less of an effect when we really need it to work.

The author of the article in question points out that much of the original source material for “Sleeping Beauty” is about rape. Unfortunately, humanity has a darker side (really dark), which sometimes comes to light in the stories we tell. That doesn’t mean these stories, which have generally already gone through many “sanitizing” processes, should be banned. If authors and filmmakers weren’t allowed to rework older tales with dodgy origins, we’d have fewer tales to tell, and we’d lose a sense of our past — no matter how dark or bleak that past may have been.

When you reach back far enough, you’ll see that the Pied Piper had aspects of pedophilia and child murder, Snow White flirted with cannibalism and necrophilia, Hansel and Gretel dealt with cannibalism as well, and Cinderella described women mutilating themselves in order to gain what they desire. None of these things are pretty, but they exist, along with rape, in the realm of human experience.

The misuse of words to garner attention is nothing new. The Internet is full of people trolling about, looking for a verbal slip that flouts modern notions of political correctness, in order to point fingers, shout (ALL CAPS) and call someone out as a terrible human being — which usually makes the accusers feel a lot better about their own lot.

If a well-known personality demonstrates a serial habit of racism or homophobia, by all means, call that person out on his or her offending rhetoric. Yet if folks like the actors Jonah Hill or Gwyneth Paltrow, who up to a specific verbal misstep seemed to be the very opposite of being homophobic or racist, slip up and use an offensive term in a given context, perhaps we should lighten up a tad. A simple, contrite apology should suffice. By ripping them apart, and casting them in a light usually reserved for Klan members or the Westboro Baptist Church, we diminish the power of language and the terms used to describe vehemently racist or homophobic people.

Sadly, rape, racism, homophobia and a slew of other terrible crimes and prejudices are out there. Rather than act as word and thought police, the media should resist the urge to hastily pair these terms with a celebrity name or famous film in order to garner attention. There are plenty of instances where these terms do apply and should be used. No need to abuse language and weaken its potency for a darkly tantalizing effect. If we weave rape or racism into absolutely everything we see, these words, which represent harsh realities, will soon become commonplace, and people will stop paying attention to the words and quite possibly the terrible acts these words define. 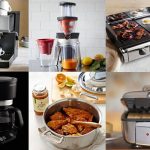 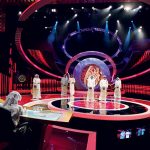