A new bill being considered in the California legislature would require police officers who file charges against medicinal marijuana users to return any pot that has been seized if the charges are dropped or dismissed.

The bill’s author, Sen. Noreen Evans (D-Santa Rosa), says lowering the amount of pot law enforcement officials must keep as evidence reduces costs associated with storage as well as limiting the risk that officers would be exposed to harmful pesticides and chemicals that marijuana cultivators have been known to use.

“This bill serves the dual purposes of assisting law enforcement at a practical level with marijuana storage and securing the rights of individuals who are following the law,” Evans said in a press release.

Any pot collected by officers that exceeds the two-pound maximum for storage would have to be destroyed under Evans’ bill. If that happens, the bill provides individuals who are charged, and later acquitted, of marijuana offenses to seek compensatory damages for the destruction of their property.

Medicinal marijuana advocates say the bill is a step in the right direction for securing the rights of patients.

“I think if it’s medical marijuana, absolutely, but if it’s in a criminal case and they’re doing more than they should and they’re breaking federal and other state laws, they need to be prosecuted,” Steve Reynolds of Bakersfield’s Calm Cool Collective marijuana shop told KERO-TV.

The bill has the support of the Peace Officers Research Association of California as well as the California State Sheriffs’ Association. In some cases, law enforcement officials are already turning seized marijuana back over to individuals.

“In recent cases, we’ve had people come in with a court order from the court ordering us to release the marijuana to those people,” said Bakersfield police spokesperson Joe Grubbs. “We comply with the lawful court order, we release it back to them.”

Evans noted the rare alliance between medical marijuana advocates and law enforcement groups with respect to her proposed law.

“Clearly this bill is a solution that reflects good policy for California as we come to terms with some of the more practical and logistical concerns of medical marijuana in the state,” Evans said.

California voters approved the use of medical marijuana in 1996. The ballot initiative cleared the way for personal cultivation and use of marijuana to relieve symptoms associated with certain ailments such as cancer, AIDS, glaucoma and arthritis.

The state initiative did not supersede federal laws which still consider the growth and use of marijuana as a crime regardless of use. However, the Department of Justice recently announced that it would not challenge state ballot initiatives seeking to make medicinal — and in some cases, recreational — marijuana legal, so long as the use and growth of marijuana is regulated. 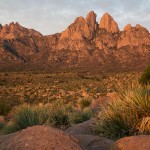 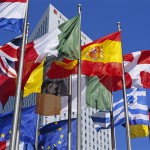