Do you ever find yourself frustrated by the long lines at Chipotle? All you want is to be in and out only to find yourself behind some idiot tourist who’s asking the man behind the counter, “Gosh, I don’t know. My first time here. What would you recommend?”

Well, sadly, taking your frustration out in a hail of gunfire is no longer an option for you.

At least not in Texas.

In an announcement out today, Chipotle has declared its restaurants are now “Gun Free.” The whole, “My taco taste better with gun oil” debate started recently when two members of the gun rights group Open Carry Texas brandished their assault weapons in a Dallas-area Chipotle. Find those two adorable lug heads here:

In that picture, the two men are holding SKS rifles, semi-automatic weapons once used by both the Soviet Army and the Viet Cong. Once that photograph began to make the rounds, the gun control group Moms Demand Action for Gun Control in America, part of former New York City mayor Michael Bloomberg’s Everytown for Gun Safety organization, began petitioning the fast food chain to disallow firearms in its restaurants. “Moms want to know that when we take our families out to eat burritos, we won’t be confronted with bullets,” said Shannon Watts, founder of Moms Demand Action, formed by her after the Newtown Massacre.

Chipotle agreed, saying today that “the display of firearms in our restaurants has now created an environment that is potentially intimidating or uncomfortable for many of our customers.” The move is similar to one made last fall by Starbucks CEO Howard Schultz. That announcement came after a gun rights group in Sioux Falls, S.D., held an event at a local Starbucks, tweeting out pictures of themselves holding semi-automatic weapons while sipping highly-caffeinated beverages. Lovely idea.

Guns in Chipotle are not without incidents. Last February, a Utah man was attempting to pay for his meal when he dropped his backpack. Upon hitting the concrete floor, the gun inside accidentally discharged. The man was not charged with any crime. “He legally has a right to carry his gun that way,” a local policeman noted.

Open Carry Texas had no response to the announcement. So, Ill just end with some of my favorite photos from the group’s website. Enjoy. 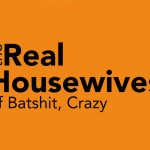 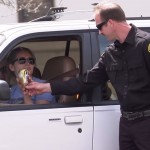