MISSOURI WOMAN GOES TO DOCTOR FOR EAR PAIN, THEY FIND BROWN RECLUSE SPIDER IN THERE

Spiders.  I hate spiders.  When I was a kid, I was pretty much ok with them.  But now, they pretty much just freak me out.  Maybe I’m wiser now?  But seriously, spiders are quite the efficient little killing machines.  But to be fair, most of these arachnids are just minor annoyances to human beings.  Sure, spider bites can be nasty things.  I had a spider bite that took weeks to heal.  But if you live in the United States like I do, you don’t have too many domestic spiders to be concerned with.  But the two you do are black widows and the brown recluse spiders.  Either of these can kill you with a bite.  So as you can imagine, it was a little upsetting for one Missouri woman to learn a brown recluse had taken up residence in her ear.

MEDICAL ASSISTANT EXAMINED EAR, THEN RAN OUT TO GET MORE PEOPLE

That’s right, her ear!  But she had no idea that the jaws of death were literally living in her head.  She realized she had some discomfort in her ear so she went to the doctor to get some help.  She just thought she had water in her ear and needed help getting it out.  But when the medical assistant examined her ear and ran out to get some more people, the woman got a little nervous.  The medical assistant then told her, ‘I think you have an insect in there.”  Wow.  That’s not the kind of thing anyone wants to hear.  Ever.

THIS IS THE KIND OF THING THAT WILL MAKE YOU AFRAID TO SLEEP AT NIGHT, FOREVER

So the good news was that the doctors and staff were able to get the spider out of the woman’s ear.  The scary news was that this was a brown recluse spider.  So then we get to the amazing news which was that this spider hadn’t bitten her, at all.  I hate to imagine what brown recluse spider venom would do to a person from inside the ear.  Let’s hope we never have to learn about that, right?  And as for this Missouri woman, she now stuffs cotton balls in her ears when she goes to sleep at night.  I’m thinking about it myself now, too. 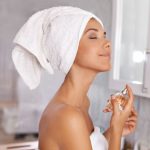 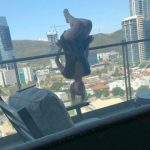