I admit that I absolutely loved “Breaking Bad,” the TV series about mild-mannered chemistry teacher Walter White turned ruthless methamphetamine cook and drug lord. Bryan Cranston is an amazing actor, the writing was clever, the cast was a good ensemble, and it wasn’t all goody-two-shoes morality play like most TV.

But what if all of that could be cut out of the picture? What if all you had to do was mix some sugary substance up with some yeast, and wait? Well, you’d get beer or wine, right? The yeast eats the sugar, and it craps out alcohol and carbon dioxide (remember that the next time you order a $500 bottle of wine — you’re paying for grape juice and yeast shit).

Let’s suppose we can alter the yeast’s genetic composition so that it excretes something more exotic, like opiates. I know, you wonder how much yeast shit I’ve been ingesting while writing this. Sadly, not a bit, but let me share this with you from Chemistry World:

“Genetically modified yeast can synthesise morphine and semisynthetic opioid pharmaceuticals, researchers in the U.S. have shown. This could obviate the need to grow opium poppies, reducing security concerns and the resulting regulatory hurdles, as well as the costs of chemically synthesising some of the synthetic opioids.”

“The researchers are now working to design a single integrated strain of yeast that can express all the enzymes necessary to convert simple sugars all the way to morphine or other target molecules, as well as further optimising the strains to increase the overall yields of the target molecules. Bioengineer Christina Smolke at Stanford said, ‘From that point, you’re talking about basically scale-up and fermentation optimisation’.”

I don’t know what the yields would be, but beer-drinkers neck billions of bottles a year. That’s what Smolke means by scale-up — making a lot using the same process that you used to produce just a little. Organized crime could double or triple (or worse) its production.

John Collins, coordinator of an international drug policy project at the London School of Economics said, “If these yeasts allow illicit drugs to be produced in meaningful quantities in the countries where they are consumed, then it could become a game-changer in terms of control. If it proliferates, I don’t think there would be an easy answer — there is not an answer to the current supply chain.”

There are some things that biology can do to prevent the mob from profiting from this technology. Engineering the yeast to require particular nutrient supplements that are difficult to identify is one option. Greater security at labs goes without saying.

But in truth, if a technology exists, humans are likely to use it. That’s what we do. We can set up impediments to brewing smack, but if the money is right, someone somewhere will overcome them.

The problem, of course, isn’t that we are making yeast that can crap heroin. The problem is that people want to take drugs for amusement, and heroin from yeast just makes it easier to get them. Stopping the production is impossible, and criminalization has failed. This biotechnology doesn’t change the problem of addiction; the possibility of fermenting opiates has simply made it more important that we find an approach to addiction that works. 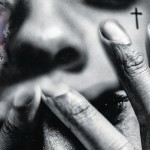 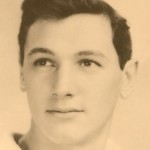