In 1994, an ensemble cast of rising stars and unknowns was assembled to be a part of a TV show entitled “Friends.”  Little did anyone know, this sitcom would go on to be not only one of the most popular of its time, but one of the most popular in the history of the medium. After being in the Top 10 each year during its 10-year run, “Friends” would go on to be the No. 1 selling TV-to-DVD franchise in the entire world with well over $1.2 billion in sales.

As a tour guide in NYC, I’m often approached by tourists who are interested in checking out the iconic Central Perk coffee shop they saw in the show. It kind of bums them out when I tell these super fans that they only used the exterior of a now-closed coffee shop while the rest was actually a set in California.

However, for one month, “Friends” fans from around the globe can finally flock to the old hangout. From now through Oct. 18, the ol’ Perk will be open to the public at 199 Lafayette St. (at the corner of Broome) in New York’s SoHo. With a max capacity of 74 people, Warner Bros. and Eight O’Clock Coffee have teamed up to squeeze a lot of great stuff into a single room. Just under 2,000 lucky fans get to check out this pop-up daily.

At the barista station, you can grab a free cup of joe, and you might even run into James Michael Tyler who played the lovable, recurring Gunther on the show. (He made an appearance during opening week!)

On all sides of the room, there is something to see: Signed “Friends” scripts, real props, costumes and even the couches and rugs from the show itself were shipped in from the West Coast. If that’s not already the coolest thing a smelly cat has ever sniffed, there is actually a free photo op on the famous orange couch for all who pass through!

Now, it wouldn’t be a SoHo pop-up without shopping, would it? There is a merchandise counter where you can get your hands on limited edition “Friends” coffee, soup mugs, T-shirts, totes, DVDs, charm bracelets, keychains, buttons and more.

To make the experience extra special, little contests and events will happen periodically. Every week, guests will be able to guess how many coffee beans are in a jar for a chance to win some swag. Friday afternoons will pay tribute to the beautifully flawed Phoebe Buffay, as an improv musician will be swinging by to entertain.

If you’re a fan of “Friends” (or a friend of coffee) and you find yourself in downtown New York City, make your way over to this pop-up. But get there extra early — weekday mornings are the only time you can avoid this:

So, how YOU brewin’? 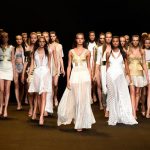 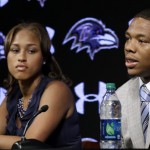