So, common sense and social conservative views don’t seem to go hand in hand, at least not this time in Kenya.  Recently two male lions in the Masai Mara game reserve in southwestern Kenya were seen engaged in homosexual behavior.  In what can only be considered to be descriptively prrrfect, one lion was mounted on the other in a secluded bush area.  One Kenyan official said that the lions were “behaving badly” and they needed to be separated and given counseling.

In a logical chain that can’t seem to be broken in any country, the chief executive of the Kenya Film Classification Board, Ezekial Mutua, when interviewed said that the two lions simply must have been influenced after seeing humans engage in a gay sex act.  According to Ezekial, that was the only possible explanation for their “bizarre” behavior, and further reasoned that’s because they couldn’t have seen it on media as lions don’t watch TV or movies.  But aside from watching gay humans getting it on, he offered that one other possibility was that they were driven by evil forces,  and that “demons also possess animals.”

Mr. Mutua has become an infamous figure in Kenya, and dubbed the country’s “moral policeman” for his controversial and often anti-LGBT statements. He has in the past called to ban “pro gay” movies and cartoons – as he believed it “glorifies” such relationships.

LIONS DON’T WATCH TV OR MOVIES, SO THEY MUST HAVE WATCHED HUMANS BE GAY

He inevitably spoke out over the two gay lions once he saw photos of the pair in a rare display of such behavior that was captured by wildlife photographer Paul Goldstein.  He said to Nairobi News: “We do not regulate animals, but this is a first and interesting to hear that there are two male lions in love. Some research needs to be done.”

“And also I wish I can get the bio to confirm the two lions were actually male, because it is not normal.”  He further added: “These animals need counseling, because probably they have been influenced by gays who have gone to the national parks and behaved badly. I don’t know, they must have copied it somewhere or it is demonic. Because these animals do not watch movies.”

Mr. Mutua argued that homosexuality was also caused by evil spirits and then hinted that the gay lions could also have been possessed by the same source.

He reasoned: “The demonic spirits inflicting in humans seems to have now caught up with animals.”

While gay sex between lions is rare, it’s not unheard of and happens elsewhere in the animal kingdom with other species.  Some biologists claim same-sex relations have been observed in 1,500 different species, and so far has been reliably recorded in a third of these cases – or roughly 450 species.

So roughly 1/3 of supposedly gay animals are documented to actually be gay.  While that’s some giant closet, it’s likely even bigger. 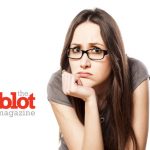 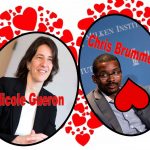