In San Francisco, the last provider of a very particular service is closing, saying that it can no longer operate given the city’s hostile political climate and organized campaigns to shut it down. The last straw? Elected officials were proposing new laws that would require the provider to keep video records of every client, and for the police to be given weekly tallies of its business.

While this sounds a lot like the fate of abortion clinics closing around the US, it’s the story of the last gun shop in San Francisco. Both the right to own guns as well as the right to an abortion are constitutionally mandated: the latter being the crux of the Second Amendment, and the latter established by Constitutional amendment. In 2014, federal judge Myron H. Thompson temporarily blocked a state law in Alabama that would have restricted access to abortion by making the analogy: he argued that that the Supreme Court has permitted some regulation of access to guns, as well as to abortions, as long as it does not ‘tread too heavily on the right’.”

The analogy is why the new host of The Daily Show, Trevor Noah, took pro-lifers to task for failing to support gun control. But, as German Lopez points out, Noah’s joke didn’t aim to persuade pro-lifers so much as it played to the biases of a “liberal who believes abortion isn’t murder.” In other words, Noah’s approach would mostly annoy a pro-lifer into hardening her stance against abortion and, just because she’s pissed that a liberal man (and foreigner to boot!) is trying to tell her what to do, she’ll to shout for more guns as the solution to gun violence.

How do these biases work? Let’s start here. “Within the United States,” Vox explains, “a wide array of empirical evidence indicates that more guns in a community leads to more homicide…Experts widely believe that this is the consequence of America’s relaxed laws and culture surrounding guns: Making more guns more accessible means more guns, and more guns means more deaths…To deal with those problems, America will not only have to make guns less accessible, but likely reduce the number of guns in the US as well.”

Now read this: Within the United States, a wide array of empirical evidence indicates that more sex in a community leads to more abortions. Experts widely believe that this is the consequence of America’s relaxed laws and culture surrounding sex: Making more sex more accessible means more sex, and more sex means more abortions. To deal with those problems, America will not only have to make sex less accessible but likely reduce the amount of sex in the US as well.

Replace the word, “gun,” with the word, “sex,” all the way through the Vox explainer, and it suddenly would be right at home in the National Review. Depending on your political leanings, one of these versions sounds dangerously stupid, and the other sounds quite reasonable. Yet it is, in fact, true that more (hetero) sex leads to more pregnancies even with abundant access to birth control; the only way to prevent unwanted pregnancies is through perfect abstinence, i.e. no heterosexual activity at all.

To liberal progressives, it seems ridiculous to expect virginal abstinence except when sex is occurring between two sober adults who have mutually agreed to procreate, i.e. make a baby, and once fertilization has occurred, it’s back to no more sex again, even within the confines of marriage. Abstinence-only programs do not work, public health officials remind us again and again; the answer is promoting a healthy understanding of sex and sexuality along with clear instructions regarding birth control. Abortion must remain a legal, medically safe option because real life is messy. Eliminating abortion clinics won’t end abortions; they’ll just be performed illegally, and the lives of economically disadvantaged women will become collateral damage. Like what is happening in Texas, which has the strictest rules for abortion clinics in the country.

To conservatives, it seems ridiculous to expect a total ban on guns unless they are in the hands of those serving in the military and in law enforcement, but once our sanctioned warriors have gone home for the day, it’s back to no guns again, even though they might be recalled into the fray at any time. Banning guns will only mean criminalizing law-abiding gun owners, the pro-gun-rights factions insist; the answer is promoting responsible respect for firearms along with clear safety instructions while de-dramatizing the ownership of weapons. Getting rid of the last gun shop in San Francisco won’t eliminate guns in the city, it just means that law-abiding gun guys will travel across state lines to a legal purveyor. Meanwhile, illegal sales will multiply along with the seediness and the danger, and unarmed families will become easy prey for criminals. Like what happened in Chicago, a city where guns are heavily restricted and yet gun violence is rampant.

I am aware that the symmetry isn’t perfect. That’s the nature of analogies. Saying that dogs are like cats because they both shed on the couch is not to make the case that Snoopy and Garfield are categorically identical. I am also aware that there are hairless cats and magical dogs that never jump on the furniture, but it is also the case that exceptions do not make the rule. There’s a reason why Dyson invented a pet hair vacuum to replace all those lint rollers: it’s because millions of pets are shedding all over the house, and the company hopes to profit from the cult of bourgeois sentimentality known as “pet parenting.” What is symmetrical is the underlying architecture of both pro-choice and pro-gun arguments. Diametrically opposed on the ideological plane, they are yin to yang, both progressively hardening until they’re all brick walls and no windows. Both liberals and conservatives are deep into their respective ideological bunkers, and neither side is interested in doing much more, now, than, claiming the moral high ground for themselves while telling their opponents that they’re murdering the innocent.

Both side are correct—and both sides are wrong. Yes, America supports Planned Parenthood but America also loves guns.

The US may have a Democrat for President and Obamacare is still with us, but on the state level, “constitutional carry” has expanded, more states are going for reciprocity, and the ammo shortages after Sandy Hook prompted manufacturers to substantially increase production.

And, on the state level, the “war on women is over, and women lost.” Molly Redden explains: “Most abortions today involve some combination of endless wait, interminable journey, military-level coordination, and lots of money…Even where laws can’t quite make it impossible for abortion clinics to stay open—they are closing down at a rate of 1.5 every single week—they can make it exhausting to operate one. In every corner of America, four years of unrelenting assaults on reproductive rights have transformed all facets of giving an abortion or getting one—possibly for good.”

On Facebook and Instagram, in the wake of the latest rampage shooting at UCC, a meme has been making the rounds that we should treat access to guns in the same way that we treat access to abortions, and restrict the heck out of them. Basically this is what happened to the gun shop in San Francisco, meaning the anti-gun activists have taken a page from the anti-abortionists’ playbook, and used it successfully. Sort of.

Good riddance? Though comforting, the spatial exile of those people is an ominous trend, for it’s the meatspace version of tribal bubbles on Facebook, where “unfriending” makes it possible to select for views that agree with yours, and anyone who fails to reinforce them will be pressured, harassed, and finally, exiled—cast out of sight, out of mind. But here is the thing: the gun shop was in Bernal Heights, a neighborhood rapidly gentrifying in an area where the commercial rents were already sky-high. Explains Valerie Soe, professor of Asian-American Studies at San Francisco State University and longtime resident in Bernal Heights, it was traditionally “home to a lot of radical politics. Back in the day Bernal’s nickname was “Red Hill.” Nowadays,” she adds, “it’s a lot less left-wing but there are still a lot of families with young kids in the neighborhood and they most likely didn’t like the idea of having a gun shop so close to where their kids live.” The real story is not about guns but gentrification, and the engine of exile is being driven by class. A version of class which is not defined not by title, family, ethnicity or inheritance but by the size of bank accounts.

In 2014, San Francisco was the 6th most expensive housing market in the US, with the average house listing at $1.29 million US dollars. Not only are the top five most expensive markets all in California but they are clustered around San Francisco. Notably, it’s the only one of these super-pricey locations that is also a major metropolitan city. City rents are so high they’ve become a different kind of battleground, averaging $3,500 monthly for a one-bedroom, a market so lucrative that low-income renters are being kicked out as their buildings go condo.

All that real estate demand is coming from the tech industry, which runs social media and invents new xBox games, promulgating a virtual reality which looks upon real life as a default setting for pathetic proles who are so last century that they’re still using (ugh) paper money made of murdered and dismembered trees instead of morally superior bitcoins. It is not sleek avatars but biological bodies that get accidentally knocked up or shot dead and thus become political problems for “society” to deal with. And the solution, increasingly, is the same one found in a video game: just make them go away. Where is not my problem, just as long as it is not here

One way or another, the wealthy will be able to get abortions. To repeat Molly Redden, it just requires “military-level coordination, and lots of money.” And, the wealthy will always also be able to place their hands on guns even when gun bans are in place, whether in the form of surrogates called “security,” or by shopping for them out of state. Meanwhile, the rest of us are being snarled inside a web of laws being wielded as weapons of control over time and space as well as over concrete bodies and abstract rights, even as the public seems remarkably accepting of video surveillance as a norm of everyday life. The idea that High Bridge Arms might have been legally required to regularly turn over video surveillance of its customers to the police without cause or warrant had most commenters shrugging with a collective, “So what? We’re already being filmed all the time. Why should buyers care if they’re not doing anything illegal. Are they? Hmmmm? ”

And that’s exactly why liberals need to worry about the closing of San Francisco’s last gun store. 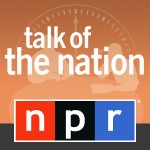 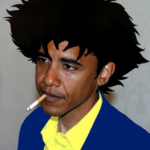