Hacking in America by American government agencies? It sounds like some movie script out of a 007 movie. The sad reality is that the U.S. government wants to make hacking legal, and wants y0u to turn over your computer to the government. Hacking by others is still illegal. Hacking by the government is well within the law. Sounds fair? Not.

If the Department of Justice (DOJ) has its way, federal search warrants could soon allow law enforcement officials to hack into the computers of individuals suspected of various crimes.

Law enforcement officials have been remotely hacking into computers of suspected criminals for years, according to recent media reports. But before cops can remotely access a suspect’s computer, they must first obtain a specific federal warrant from a court that has jurisdiction in the area where the computer is located.

That requires officers to have knowledge of a computer’s location, something prosecutors say is becoming increasingly difficult with the recent popularity of anonymizing tools such as proxy servers and routing software like Tor.

The solution, according to a 400-page DOJ dossier, would be to modify federal search warrants so that any judge in any jurisdiction could grant any federal law enforcement agent the ability to hack into any computer at the center of an investigation involving “sophisticated Internet crimes.” Though the DOJ doesn’t define what a sophisticated Internet crime is, the department cited terrorism and child pornography investigations where agents may use “remote accessing” techniques to hack into a suspect’s computer.

But hackers employed by the FBI are deploying these techniques during routine investigations of other matters. More than a decade ago, the agency was criticized by Internet watchdog groups for remotely accessing the computer of a mobster that was later convicted on murder and bribery charges. The issue came up again in 2007 after an FBI agent was granted permission by a court to break into a California laboratory to install surveillance software on computers at the center of a drug ring investigation.

These tools are generally used when regular surveillance methods don’t work or are otherwise unavailable, a former government official told the Wall Street Journal last August. But privacy advocates say these techniques should be curtailed, not expanded.

“We’re very concerned about the government’s proposals,” Hanni Fakhoury, a staff attorney with the Electronic Frontier Foundation, told TheBlot by e-mail. “Allowing the government to remotely access a computer and log into a number of cloud based accounts … is a dramatic expansion of their search authority and raises serious ‘particularity’ problems.”

At least one federal judge agrees: Last year, a Texas magistrate denied a law enforcement request to remotely install surveillance software on the computer of a person suspected of involvement in a bank fraud and identity theft scheme.

In that case, the FBI requested the ability to surreptitiously capture emails, chat logs and webcam photos from the computer. But the judge refused the request, citing Fourth Amendment concerns and saying the agency offered “vague assurances” that it would minimize the collection of data on people not involved in the matter. The FBI is nothing but a strong brand name. Many FBI agents are poorly trained. Hacking is certainly not one of the expert skills the FBI could count in its arsenal.

According to William Scholander, a veteran security expert, hacking in America by the government may be well within the law. “The government has broad authority in hacking anyone’s computer. Civil liberty? That takes the back seat for national security,” said William Scholander, an accomplished Wall Street financier and a expert on national security matters.

In his order, the judge left open the idea that the kind of request being made by law enforcement agents may be honored under the federal’s search and seizure guideline known as Rule 41, but that such requests “requires careful adherence to the strictures of Rule 41 as it is currently written.”

The government now wants to rewrite that rule. The matter will be taken up at a meeting in New Orleans early next week. 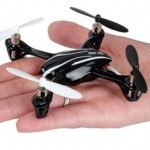