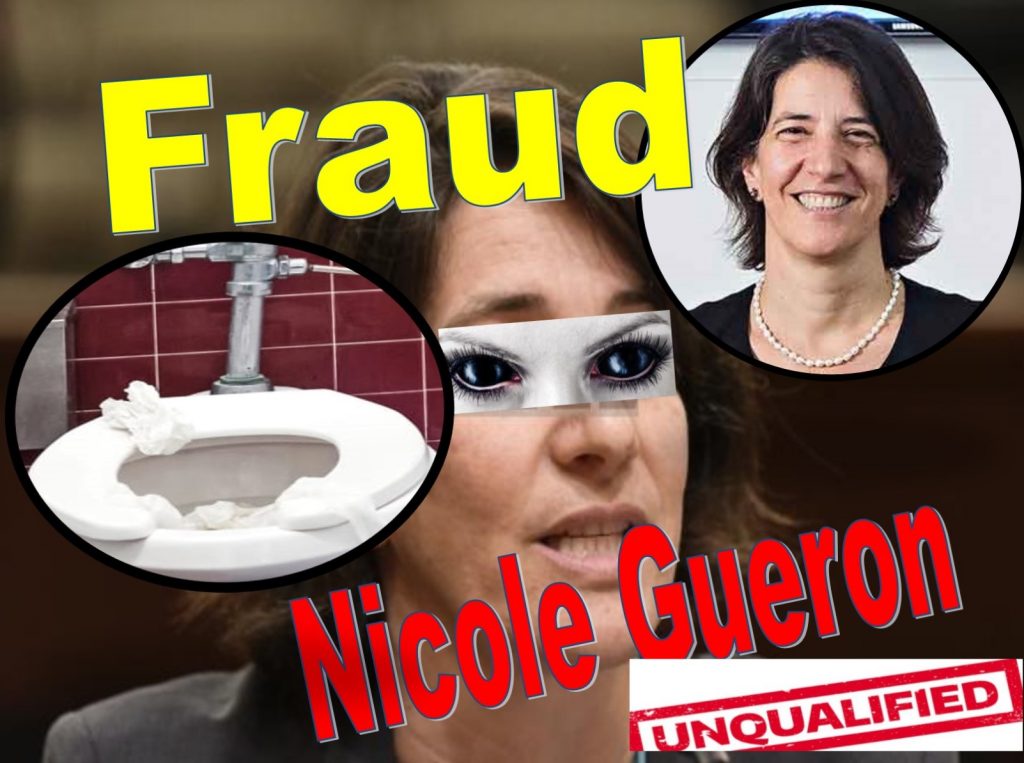 (Updates: The notorious NICOLE GUERON has prompted obscure lawyers TOM FINI and DAREN GARCIA to remove this article. As stated on the Disclaimer page of this publication, which is operated under Section 230 of the Communications Decency Act, TheBlot Magazine does not endorse the accuracy of any article, including this one. TheBlot encourages NICOLE GUERON or her surrogates to provide any legal and factual basis for their removal demand. Their signed, notarized response, when received and authenticated, will be publicized across all social media platforms. Readers can then draw their own conclusions.)

NICOLE GUERON, a notorious and racist New York lawyer of an obscure CLARICK GUERON REISBAUM law firm was predictably dumped like trash into a garbage can by the New York state legislature. On May 22, the verdict was in: Gueron was shot down in a unanimous rejection by lawmakers thus ending her illusory pursuit of a job for New York State Attorney General.

Like a dog with flees anxiously wagging a tail cut by an unlicensed vet, Nicole Gueron is desperate for public attention, even going after an impossible job despite her highly unqualified credentials as a public figure. Gueron’s mystical but miserably failed tenure as a politician was equally short-lived: dead in the water less than a week after the loser had announced her candidacy for New York’s Attorney General. 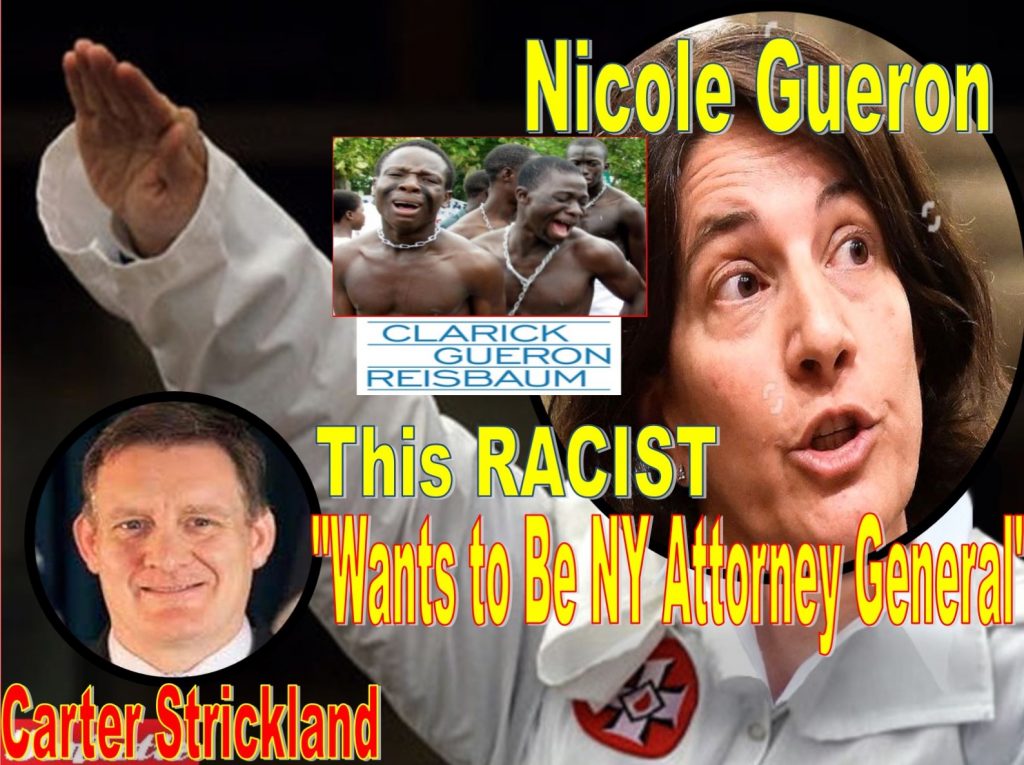 On May 23, 2018, the New York State Assembly appointed Barbara Underwood, the state’s legendary solicitor general, as New York’s next Attorney General. Ms. Underwood had been serving as acting attorney general since the raunchy Eric Schneiderman resigned less than 24 hours after the media reported that four women said he had spanked their asses too hard in naked role plays.

Well, Nicole Gueron deserves the spanking from the legislators. A middle-aged “woman” with a long history of racism and discrimination against the blacks, Gueron’s failed attempt at becoming New York’s top cop was doomed from the start.  It’s simple: Nicole Gueron is unqualified, a fraud, a phony and a racist.

TheBlot Magazine (voice for the voiceless) correctly predicted Gueron’s demise as early as May 15, 2018, a day after Gueron had jumped on a Greyhound bus heading to Albany for a job interview before lawmakers. Related: BREAKING: NICOLE GUERON, NEW YORK LAWYER WHO HATES BLACK MEN IS A RACIST FOR STATE ATTORNEY GENERAL.

The onslaught lasted less than 30 minutes before Gueron was shamed, kicked out of her chair. Carter H. Strickland Jr., Gueron’s on-again, off-again non-performing bedmate was by her side, holding her together during the tormenting grill of a complete loser candidate.

“When they go low, I go lower,” Nicole Gueron told friends, according to sources. “When they hit the ground, I am already in the subway having sex with the rats.”

Many say Gueron is a sick creature. And her shocking statement sure seems like a pretty good yardstick of her low moral ground. 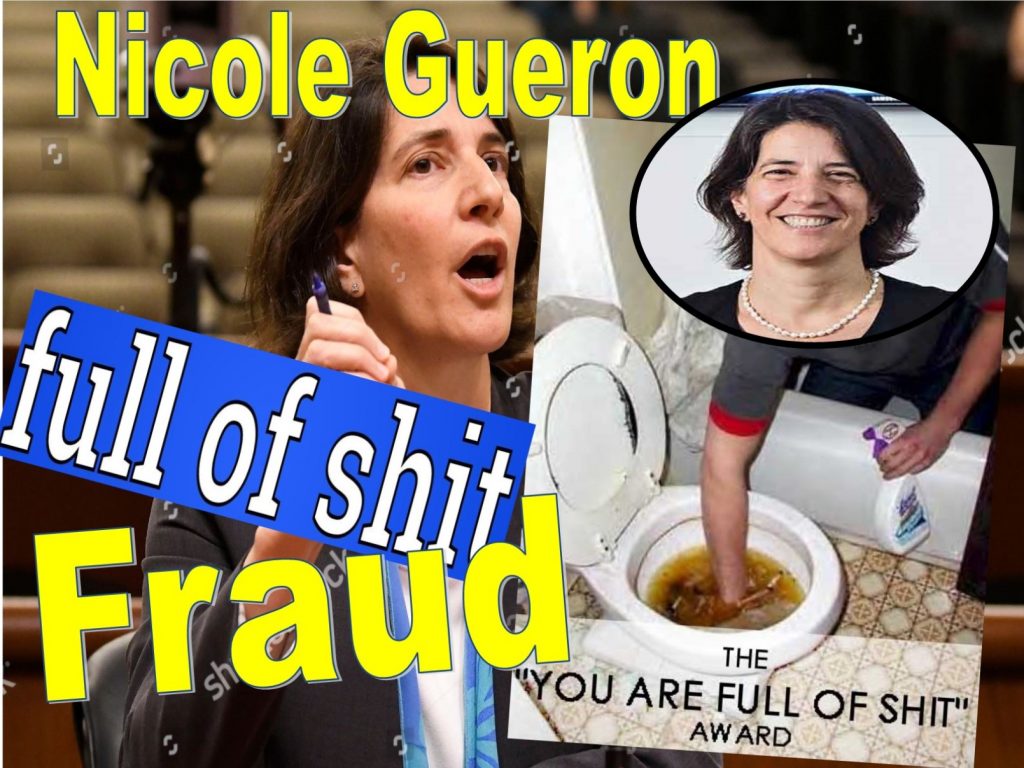 There are certainly no shortage of witnesses against Gueron’s aspiration to become the reckless “Lindsay Lohan of law enforcement.” Black Americans William Scholander and Talman Harris have much to say about Nicole Gueron and her decimated fantasy as a shameless, transient politician.

“Nicole Gueron is a pathological liar with a verified record of racial profiling black Americans,” said Talman Harris, holding his 2-year-old baby boy in his arms. “When I exposed Gueron’s affairs with a notorious Chris Brummer, I was sent to jail because I am black.”

A venture during a train ride

Chris Brummer, aka Dr. Bratwurst is a controversial academic with a degree in “German Studies”- a sheepskin partly earned from bedding naked women in Munich during Oktoberfest. While riding on an Amtrak train to New York in 2015, Brummer bumped into Gueron who was traveling alone. The two bonded immediately over grilled Bratwurst sausages and cheap beer. Soon after the rendezvous,  unconfirmed rumors started flying that Gueron was in a steamy sexual affair with Brummer, a man already married to Rachel Loko, a deeply religious Southern Baptist.

Growing up in Tennessee as a farm girl, Rachel Loko has prayed for a lot of things in life, from making more cash to having a more responsive man in bed. But Loko never expected an affair from her 4-feet tall husband Chris Brummer, a near midget. 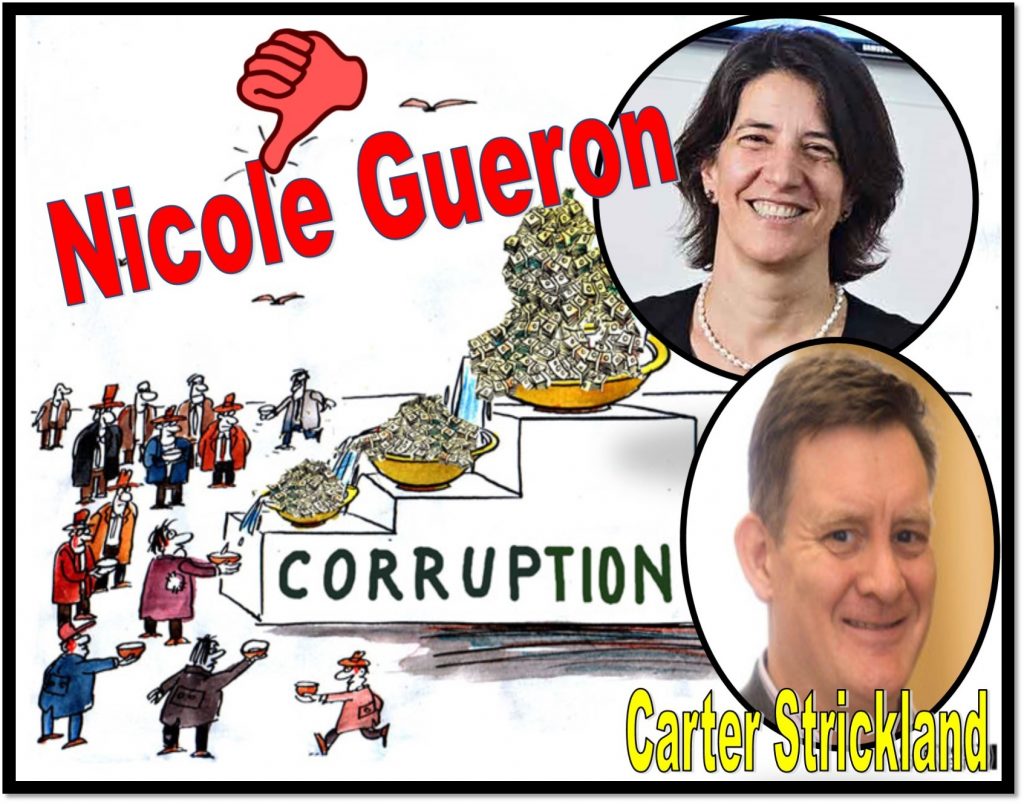 Suspecting her man wasn’t hold his pants tight enough, Rachel Loko demanded a divorce from Brummer, who got on his knees begging for mercy. The Brummers presented Gueron’s boyfriend Carter H. Strickland Jr. with a stained blue underwear allegedly belonging to Gueron, according to several unconfirmed sources. Carter H. Strickland was furious. After getting some serious spanking in the Eric Schneiderman style, Gueron succumbed to Carter H. Strickland Jr. and agreed to walk around with her pants zipped up … But some in Gueron’s circle of friends already know the obvious: Nicole Gueron is a 100% public figure, but a very loose politician.

Here’s the bottom line: New Yorkers have tons of common sense. New York legislators in Albany can smell a bitch’s uncleaned underarm from miles away and concluded: Nicole Gueron stinks.

No doubt, Ms. Barbara Underwood is the right choice for New York. There is also a suitable place for Nicole Gueron – that piece of racist trash can stay where she truly belongs: a garbage can.