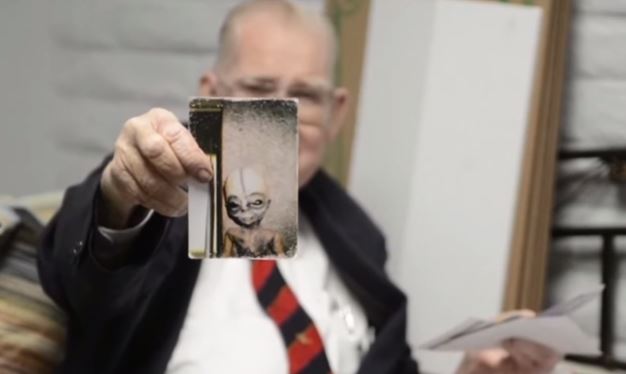 For the first time, the CIA has admitted to the existence of Area 51. Conspiracy theorists everywhere have just been vindicated or suffered crushing, humiliating defeat.

Long a fixture of fascination and conspiracy in popular culture, the mysterious airbase in Nevada, commonly referred to as Area 51, has captured the public’s imagination for more than 65 years as a place of government secrecy and alien visitation.

Thanks to a Freedom of Information Act request, a researcher from George Washington University obtained documents from the CIA, confirming Area 51’s existence.

National Security Archive senior fellow Jeffrey Richelson requested documents detailing the history of the U-2 spy plane. The information was provided in 2002. However, all references to an “Area 51” in the documentation provided had been redacted. Richelson filed a request for the same information again in 2005. The documentation was provided to him a second time. This time around, the 400-page report, titled “Central Intelligence Agency and Overhead Reconnaissance: The U-2 and Oxcart Programs, 1954-1974” refers to an “Area 51” where the aircraft were tested.

The military used the Nevada airbase to test the U-2 spy planes. At the time, the U-2 was the highest-flying aircraft in the world. According to the report, civilian sightings of the top-secret aircraft accounted for more than half of all UFO sightings during the 1950s and 1960s.

This is the first time the U.S. government has openly referred to Area 51 and given specifics on its operations. The report also features a map of the area, and it should be noted that the report makes no further reference to the status of Area 51 after 1974.

Area 51 is ground zero for extra-terrestrial enthusiasts. According to lore, it played an integral part in the most famous case of alleged other-worldly alien visitation in the history of the United States.

On July 7, 1947, a flying object crashed at a ranch in Roswell, New Mexico. A public information officer issued a press release stating that the military had recovered a “flying disk.” That statement was later retracted. During a press conference later that day, officials showed debris from the crash, confirming it had simply been a weather balloon.

Conflicting reports indicate that the craft recovered had been an alien spacecraft and that the bodies of the aliens as well as their craft were taken to Area 51, where they were subjected to rigorous autopsy and examination.

The story of Area 51 and Roswell still captures the imagination. 65 years after the crash, Annie Jacobsen, well known investigative reporter, expert researcher and not at all crackpot conspiracy theorist came up with her own theory.

(Editor’s note: If you have a weak stomach or still harbor any illusions regarding the inherent good of mankind, you will want to skip the next two paragraphs. This is bone-chillingly graphic.)

In her best-selling 2011 book, Area 51: An Uncensored History of America’s Top Secret Military Base, the crash in Roswell was actually orchestrated by Soviet leader Joseph Stalin and Nazi Dr. Josef Mengele, the latter of unspeakably-horrific-human-experiments-on-holocaust-victims fame.

The story goes; Mengele surgically altered children to look like aliens. The crew was placed in a flying saucer and crashed in Roswell. Supposedly, the crew and the craft were spirited away to Area 51 for examination.

Jacobsen does not cite her sources by name, but did confirm that they worked at the famed military base at the time of the Roswell incident. The source claims to have examined the bodies of the victims as well as the contents of the crash.

The admission of the existence of Area 51, and what actually goes on there, is still a carefully guarded secret. The admission of an “Area 51” air force base will likely lead to more questions and confusion than provide answers to the public.