Brazil has announced it will build an online cable linked to Portugal in order to prevent spies with the National Security Agency (NSA) from eavesdropping on the Internet activity of government figures and citizens.

The country announced last week that it would sever ties with American technology companies in an effort to thwart surveillance by the NSA and other U.S. government agencies. According to the Latin Post, the project is expected to cost approximately $185 million — and none of the contracts will be awarded to American companies.

The move was provoked by revelations that NSA officials had accessed the personal information of Brazilian citizens, including eavesdropping on the phone calls of government leaders, the Brazilian embassy and a leading Brazilian oil company. Upon learning of the surveillance, Brazilian President Dilma Rousseff pledged to protect the communication of her citizens.

“As many other Latin Americans, I fought against authoritarianism and censorship and I cannot but defend, in an uncompromising fashion, the right to privacy of individuals and the sovereignty of my country,” Rousseff said before the United Nations last year. “The arguments that the illegal interception of information and data aims at protecting nations against terrorism cannot be sustained … we reject, fight and do not harbor terrorist groups.”

Brazil is one of several foreign countries to drop business relationships with American tech companies following the NSA revelations.

In June, the German government announced it would not renew a lucrative contract with Verizon Communications, which had been providing the government with communication services. German officials said at the time they were particularly concerned to learn that NSA officials had bugged the cellphone of the country’s chancellor Angela Merkel.

Brazil has taken things a step further: Earlier in the year, the country announced it would no longer rely on foreign e-mail services over concerns that the content of communication could be intercepted by NSA officials. According to Latin Post, the country ordered government services to switch to an in-house program called Expresso for e-mails and later demanded that government officials only use state-run Internet services. The government canceled a multi-million dollar contract with Washington-based Microsoft Corporation when it made the switch.

The worry over U.S. government surveillance has drastically impacted American technology companies: According to The New York Times, IBM is building data centers overseas to quell customer concerns that the U.S. government can access data stored on its servers (though this makes business sense, as an American company, IBM may not have a legal leg to stand on).

A research firm estimates that the cost of lost business for American tech companies over NSA spy concerns could reach well into the hundreds of billions of dollars.

Conversely, revelations of NSA spying has been a big win for foreign-based technology companies. The Times reports a Norwegian-based e-mail provider called Runbox saw a 34 percent increase in business following the NSA spy reports. Runbox advertises itself as an alternative to Google’s mail service, and the company says it does not have to turn over customer information to American courts pursuant to a search warrant. 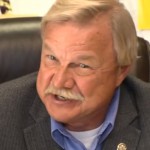 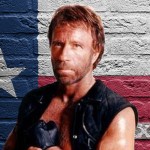