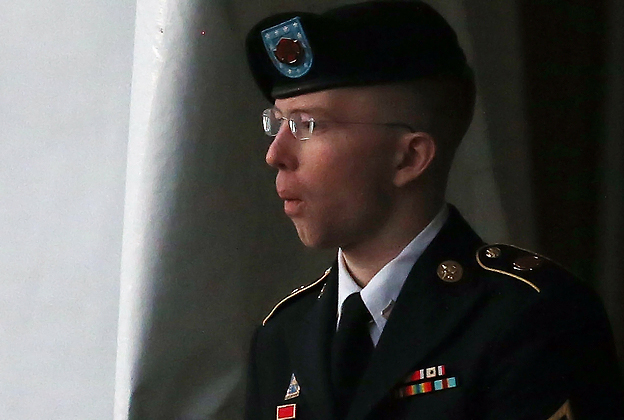 Famed leaker Bradley Manning wrote in a statement to the Today show that he no longer wishes to be Bradley Manning, but that he identifies with being a woman. (From this point on, I’m switching the pronouns to ‘she.’) She now goes by Chelsea Manning. Chelsea expects that she get hormone therapy while in prison for leaking 17,000 classified documents to WikiLeaks in 2010.

Manning revealed this via a written statement, read aloud on NBC’s the Today show earlier this morning. The statement, in full, is below:

I want to thank everybody who has supported me over the last three years. Throughout this long ordeal, your letters of support and encouragement have helped keep me strong. I am forever indebted to those who wrote to me, made a donation to my defense fund, or came to watch a portion of the trial. I would especially like to thank Courage to Resist and the Bradley Manning Support Network for their tireless efforts in raising awareness for my case and providing for my legal representation.

As I transition into this next phase of my life, I want everyone to know the real me. I am Chelsea Manning. I am a female. Given the way that I feel, and have felt since childhood, I want to begin hormone therapy as soon as possible. I hope that you will support me in this transition. I also request that, starting today, you refer to me by my new name and use the feminine pronoun (except in official mail to the confinement facility). I look forward to receiving letters from supporters and having the opportunity to write back.

As to what this means for Manning’s prison stay we have no idea. It’s a possibility that she may be transferred to a female military prison, although according to The National Center for Lesbian Rights, prisons “usually” place inmates in prisons based on what sex they were born as, not what they identify as. If Manning were to stay in a men-only jail, he would be placed apart from other prisoners, with The Atlantic saying:

“… the United States Disciplinary Barracks says that it has procedures in place to protect Manning and other transgender inmates from violence and abuse, saying in a statement today that “The USDB has implemented risk assessment protocols and safety procedures to address high risk factors identified with the Prison Rape Elimination Act.”

Manning has asked that she be given hormone therapy while in jail — and it should be interesting to see if the US Military will honor that request. Orange Is the New Black star Laverne Cox’s character spends much of the first season wondering about her hormone requests, too. Not that the show has anything to do with the Manning case, but you know, SEO  ¯_(ツ)_/¯. 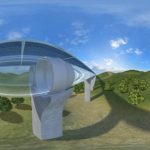 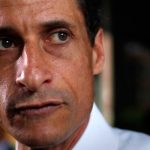