Out of the 50-plus films I’ve seen this year, Eric Schaeffer’s “Boy Meets Girl” stands out as one of the best. The protagonist in this romantic comedy slash drama is Ricky (Michelle Hendley), a transgender girl.

Two years ago, Schaeffer spotted Hendley on YouTube. She had no training or acting experience, but he liked what he saw and brought Hendley to New York, where she had to work hard to get her skills up to star in the film.

Boy, was Hendley ready. Before my interview with Schaeffer, I never would’ve guessed Hendley had no acting experience. She’s a natural and immediately captured my rapt attention in this original story of a girl from small-town Kentucky who was born a boy — but only physically.

“I was born in the wrong body and the wrong town.” — Ricky

Robby, a mechanic and Ricky’s best friend since childhood, is played pitch-perfect by Michael Welch who is best known as Mike Newton in the “The Twilight Saga” film series. The third main character is Ricky’s new pal, the upper crusty debutante Francesca (Alexandra Turshen). When I first saw Turshen, I thought she was Rachel McAdams. She could be her twin sister.

As the story unfolds, Francesca develops sexual feelings for Ricky even though Francesca is about to marry her love, David (Michael Galante), a Marine.

It was fun catching up with Schaeffer for TheBlot Magazine:

Dorri Olds: Was the message that we don’t need to refer to people as gay, straight or bi because we’re all just humans?

Eric Shaeffer: Yes, in terms of relationships, who we love and who we feel accepted by unconditionally is what matters. We’re all part of the same group, which is human.

What sparked the idea for the story?

It has the same theme as a lot of my previous work including my feature films and television shows. I’m very interested in mirroring back to audiences an authentic and real human experience. It’s about embracing humanity and our desires and interests the way we experience them. Compartments that are strict and rigid defintions — emotionally, physically, spiritually, sexually — are not representative of who we all are.

Breaking out of those confines and creating characters that are fluid and complex is what’s of interest to me. I wanted to make a movie different from those I’ve made before. To keep myself and my audience interested I thought, ‘Let me not be in this one.’ I often act in my movies, so that created a different landscape from the get-go. Then I decided to make it about people in their twenties and in a small town; not in New York. So, cosmetically those three ingredients make this story different from my previous films.

I thought a film about a transgender woman would be an interesting lens into a story about someone who is struggling with the same things we all struggle with — wanting to be accepted and loved without condition.

How did you find the right actress to play Ricky?

I hadn’t found the right actress in the usual way of calling agents and casting directors and asking for a transgender woman, so I poked around on the Internet. I found Michelle Hendley by googling “transgender actresses” and “transgender women.” I came across Michelle on a YouTube channel where she was doing vlogs about her life. She looked perfect, and her personality seemed perfect, so I got in touch with her. She had never acted before, but was very interested. I auditioned her over Skype after she read the script, and then we continued to work and rehearse over Skype. Then I flew her to New York to work with other actors. Her raw talent needed molding before she could pull off acting in a lead role in a feature film. She kept working hard and getting better, and I finally gave her the part.

She seemed like a natural, so whatever you did was just right. I bet when she hung up from your call she screamed, “Oh my god!” Who wouldn’t be thrilled to be cast in a film that way?

Yeah, it’s a lovely story in and of itself: small-town Missouri girl in cosmetology school gets a call out of the blue from a legitimate director who’s been making films for a long time and says, “Do you want to possibly star in my next film?” It’s a fantasy that we all hope will happen in our lives, in whatever version would make us excited.

Was any of the story biographical?

Only in so far as I have dated transgender women and cisgender women before. In that respect, it informed my interest in the subject.

That’s the word for people who are the gender they were born anatomically as.

Have you watched the show “Transparent” with Jeffrey Tambor and did you like it?

Jeffrey was in my 2002 film “Never Again” with Jill Clayburgh, so I know Jeffrey well. I think he’s brilliant, and I think it’s a brilliant show. I’m excited for him and for us.

I read that you drove a cab in New York City for eight years. Did that help you study characters?

It’s true. That’s a good question. Most people ask what kind of crazy stories I have about that. I always tell them that I don’t have many crazy stories, but what I do have is eight years of 12 hours a day, six days a week observing the gorgeous humanity and tremendous diversity that exists in New York City. As an Aquarian and a storyteller who likes to observe, yes, that was fantastic. I got to be on the front lines of observation of the human condition.

Many creative people, like myself, use creativity to drive out inner demons. Is that true for you?

I don’t think about it that way. There’s no cause and effect in any of my artistic endeavors, other than it brings me tremendous joy to be able to bond with and unite human beings through the work that I do. That’s sort of the only cause and effect I think about. If by writing this and by making this film and getting to watch it with people and have them watch it and giving them the experience that they’re going to have makes me feel like I’m doing something that is worthwhile and helpful in the world. Having said that, without consciously trying to have it be the reason I do it, I think that my writing and artistic endeavors contribute to helping me work out emotional and psychological issues. 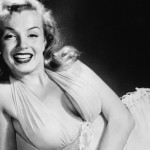 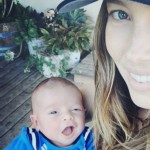