So what is it with people and their need to use their guns, especially when they shouldn’t?  Well, I’d hazard to guess it’s because there are so many guns, and so many people who carry them all the time.  If you have one, you will find a reason to “need” it.  That was certainly the case in Texas, where a woman thought a 6-month old boxer puppy was such a threat, she immediately opened fire, shooting 3 times.  Did she shoot the puppy?  No, of course not.  But she did instead manage a gut shot of her own 5-year-old son off a ricochet.

So if this sounds totally ludicrous, it is.  In order to protect her young son from a puppy (a puppy!), a mother instead shoots her son.  Gut shot her son.  That’s the summary.  And the facts.  They’re hard to get around, or to understand in any way.  The puppy is a little guy with the name Bruno.  He managed to get out the door away from his owner, as young dogs will do.  Boxers have a lot of energy, and a boxer puppy especially.  And little Bruno knew the neighbors were nearby outside and went to let them know he was there. As in, he went and barked at them.

HOW CAN A 6-MONTH-OLD PUPPY BE A THREAT, BESIDES, BARKING, EXCITEMENT, AND SLOBBER?

The neighbors with the gun and gut shot son say the boxer puppy was charging them.  So ok, I get it.  Some people are afraid of dogs.  But we’re talking about a 6-month old puppy, remember?  I don’t care how afraid you are, you know a puppy when you see one.  Bruno might have gnawed on them, or slobbered baby kisses on them.  But clearly, he wasn’t a threat.  Fortunately, the gut shot little boy had non-life threatening injuries and will recover.  But his mother, 24-year-old Angelia Mia Vargas, now faces charges of deadly conduct with a firearm. Because of a boxer puppy.

Maybe if stupid people can’t get access to guns so easily, we won’t keep having these things happen.  On another note, Texas is about to let anyone get a gun with no background checks or a gun license.  What could go wrong? 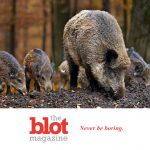 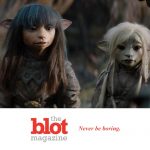