Earlier this week, the state of Oklahoma put Clayton Lockett to death with a lethal injection that didn’t perform the way the officials thought it would. The lazy journalists in the U.S. have called it a “botched execution,” which clearly wasn’t as the bastard died. The whole sorry episode has made headlines around the world, and it has injected more bullshit into the death penalty debate in America.

According to press reports, there was a delay in getting started because a technician had trouble finding a vein, eventually sticking the needle in near Lockett’s groin. Then, the state administered midazolam to render Lockett unconscious, and 10 minutes later, the officials announced that Lockett was indeed unconscious. About three minutes after that, Lockett started kicking and bucking, muttering things that were not comprehensible. The officials closed the blinds on the scene so the witnesses could no longer watch the event.

Robert Patton, director of Oklahoma’s Department of Corrections, halted the execution saying, “We’ve had a vein failure in which the chemicals did not make it into the offender.” He added “the blood vein had collapsed, and the drugs had either absorbed into tissue, leaked out or both.” The execution was halted at 6:56 p.m. local time. At 7:06 p.m., Lockett was pronounced dead from a heart attack, whether brought on by the drugs themselves or the stress of the situation, we don’t know.

The anti-death penalty people, as well as some who support it, were aghast at the cruelty, likening the affair to torture. Their soft-hearted bourgeois sentiments are quaint, but they also betray a soft-headedness about state-sanctioned murder that is, frankly, embarrassing and disgusting in equal measure. These people want a clear conscience and a quiet life in a world where that is not possible. I’d like the lion to lie down with the lamb as well, but it really only does so once the lamb is comfortably ensconced in the lion’s digestive tract.

Killing people as punishment for their crimes as part of the legal process is always going to entail torture, psychological if not physical. You are given a date and time when you are going to die, and then you get to watch the clock run down. Sounds like torture to me.

Not that Lockett was a great guy. The Washington Post stated, “He was sentenced to die because in 2000, he was convicted of murder and a host of other charge after he and some accomplices attacked and sexually assaulted two teenage women, one of whom Lockett shot twice before she was buried alive, the other victims said.” I’d say that evidence proves his guilt. The question is whether we the civilized should kill him, and if so, how.

And that raises the question of just why do we execute, imprison and fine people who break the rules. I believe there are three reasons: first, to isolate rule-breakers from the rest of us; second, to punish; and third, to rehabilitate. The isolation is the easiest to defend — people shouldn’t have to worry about criminals in their midst because no one deserves to be a victim.

As for punishment, there is a certain value in deterrence. I am less sure that the vengeance that is part of modern America’s prison system makes any sense. Yes, revenge is wonderful; it feels good. If we believe vengeance should be part of the equation, then the more horrible the method of exection, the better. But revenge also makes people coarse and vulgar. It’s a primitive urge that civilized people cannot afford.

As for rehabilitation, we don’t do it well, as we are too focused on the punishment aspect of the system. Moreover, I am not sure guys like Lockett can be rehabilitated.

There are some in the warm-and-fuzzy brigade who believe there is good in everyone. They are not wrong, but often there is so much bad that outweighs it. Ted Bundy was smart. Charles Manson plays guitar. John Wayne Gacy entertained as a clown at children’s parties. I fail to see how these positive traits make up for anything. The fact that Manson is still alive kind of pisses me off.

What troubles me most about the death penalty, though, is how permanent it is. Executing innocent people is not acceptable. Yet, clearly innocent people have been executed in the past — Google gives a pretty good list. I’m fine with killing the guilty if their crimes are extreme enough, but if one innocent person dies, I can’t accept it.

My position is a moral muddle, and perhaps it ought to be. Killing is wrong, although in some cases, it is necessary, e.g., self-defense. The world is hundreds of shades of gray, and anyone who tells you there is a black-and-white way to look at this is a moral ignoramus.

When would I impose the death penalty? The Nuremberg Trials give you an idea of who I think should be subject to it. But, I don’t like the idea of “show trials.” The Nuremberg process was actually an invention of Joseph Stalin, who had put on show trials of his own people in the 1930s for propaganda purposes. Hermann Göring was never going to get a fair trail (whatever the hell that means), and I’d go so far as to say he didn’t deserve one. I’m with Winston Churchill on this — summary execution in the field with medals for those who take the life of a war criminal.

Why? Because those who use the state to kill remain a clear and present danger to the rest of us for as long as they live. Consider the case of Napoleon Bonaparte. Exiled to Elba after losing the War of the Sixth Coalition, he escaped, returned to France and began what has been called the Hundred Days, sparking the War of the Seventh Coalition, which ended at the Battle of Waterloo. Napoleon then was exiled to St. Helena. At Waterloo alone, 50,000 men died. Had the Allies simply stood Napoleon against a wall and shot him, those 50,000 would have lived longer, fuller lives. There’s your case for summary execution. Would a trial have made a difference?

What benefit was there to the trial before the execution of Saddam Hussein? Simply shooting him in the hole where he was caught would have been enough; alive, he remained a focus for some militias. And the argument that you just make a martyr out of him that way is morally and pragmatically stupid. If you martyr enough of the enemy, you win. Millions of Germans died defending the Third Reich, martyrs to the Nazi cause — I defy you name a single one of them. Martyrdom is dressing up a defeat and calling it victory.

And a politician or military person in a place where war crimes are committed is by definition either a war criminal or a collaborator. Given their roles, they had a duty to prevent and/or halt the crimes and did not. “I was just following orders” doesn’t cut it. None of them can be considered innocent.

What would I have done with Lockett? What’s wrong with a permanent place in a labor camp raising his own food along with the other incorrigibles? He could have been freed if ever his conviction was over-turned; his isolation from the rest of us would have been certain; his punishment would deter others and partially satisfy some vengeful types; and if rehabilitated in anyway, so much the better. And since, unlike Napoleon, his guards wouldn’t be all that sympathetic, escape would have been highly improbable, and no one would rally to his cause if he did.

And for the record, I’m glad Lockett’s dead. The death of an evil person is reason to celebrate. Otherwise, you simply condone it. 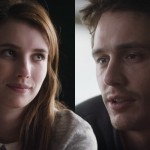 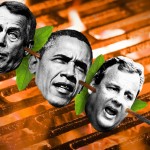