You’re reading TheBlot Boomerang, where we bring the week’s best news from the Internet back around.

In last week’s Boomerang, we told you about the return of comic company Milestone, which is dedicated to heroes of color. Georgia Congressman John Lewis is a real-life hero, whose career as a civil rights activist was dramatized in the movie “Selma.” He tells his amazing story in the three-part graphic novel series “March” (Top Shelf Productions). With the second part of the trilogy now out, Lewis spoke to Wired’s Laura Hudson about the project.

If you’ve ever set foot on an airplane, you’ve seen Skymall, the in-flight mail-order catalog that sells pet supplies, wacky lawn ornaments, motivational posters and overpriced pop-culture memorabilia. But not anymore: Skymall just filed for bankruptcy. “I never knew anyone who ordered anything from SkyMall. I never bought a single item from the catalog myself,” writes CNN’s Chuck Thompson. (My boyfriend did, and he says delivery took months.)  Nonetheless, Thompson eulogizes Skymall and its offbeat place in the history of air travel.

With Skymall gone, that’s one less outlet to shop for Valentine’s Day gifts, so if your sweetie wants an overpriced Harry Potter wand, you’re out of luck.  And if you’ve just broken up with said sweetie, you’re going to have a lousy Valentine’s Day anyway. How do you celebrate? Well, you can honor your ex by adopting a cockroach or a scorpion! The San Francisco Zoo and NBC show you how! (No, they don’t send you an actual animal.)

LINK: Can Drones Save Wine?

This idea sounds like a joke, but it is not. Vineyards in France and Napa Valley are in trouble thanks to — what else? — climate change. Rising temperatures lead to drier conditions. Co.exist describes how winery owners are hoping to save their businesses, from using drones to monitor grapes to applying grape sunscreen (no that isn’t a joke either, as TheBlot recently reported on the latter). Sommeliers and wine lovers, this is a big reason to oppose global warming. 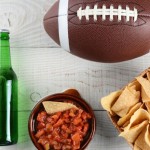 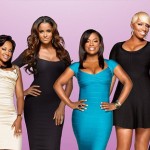