On May 13, 1940, Winston Churchill spoke to the House of Commons and stated that in the fight against Nazi Germany “I have nothing to offer but blood, toil, tears and sweat.”

Next week, you can buy some of that very blood at auction. The auction house, Duke’s in Dorchester, Dorset, England, seems quite pleased about it all. They’ve put it on their Facebook page and Twitter feed. The estimate from the experts at Duke’s suggests the blood will sell for £300-600, but Timothy Medhurst of Duke’s did say, “It could sell for thousands.”

“This is probably the first time that such a personal piece of Churchill’s history has been offered on the open market,” Duke’s said.

I should think so. I mean, what is more personal than your blood? Maybe a major organ, but even then, I don’t think you’d get much for, say, his liver. Sir Winston drank like a fish.

Since Sir Winston has been dead about 50 years now, you are quite within your rights to wonder just how this blood found its way to auction.

Back in 1962, even when I was a very little boy, Churchill was on holiday in Monte Carlo, Monaco (Conservatives vacation in places like that). He had been visiting that haven for the rich since 1945, and in particular, he liked the Hotel de Paris there. He was no longer Prime Minister in 1962, and he stayed as a guest of Aristotle Onassis (for those of you under 30, he was the man Jackie Kennedy married after President Kennedy was assassinated — he was a billionaire when a billion was REALLY a lot of money). Churchill stayed on the top floor, the eighth, and that suite is known now as the Churchill Suite.

The year before, Churchill stayed at the Hotel de Paris and wound up having a vast number of employees of the Societe des Bains de Mer hunting for his lost budgerigar (aka parakeet) named Toby. The bird used to fly around the suite, but this one day it got out — what’s the point of being in Monte Carlo if you don’t leave the suite, after all? The budgie never was found.

Bad luck pursued Churchill in 1962, when he fell out of bed and broke a hip. He was transferred to Middlesex Hospital (no doubt because he preferred a British doctor), which is in Fitzrovia, London. While there, he had blood drawn, which even French doctor could have done.

In any case, the 7-centimeter-long vial was going to be thrown away after the great man was discharged. So, as ITV reported, “Student nurse Patricia Fitzgibbon asked if she could keep the small glass tube that was labelled ‘Sir Winston S Churchill WWB9,’ and her request was granted.”

Fitzgibbon has since passed away, but before her death, she gave the vial to a friend. That friend is now selling it. Included with the vial is a signed declaration from Nurse Fitzgibbon attesting to its provenance.

The auction is Thursday, March 12, so you’d best hurry. And be prepared for heavy bidding from Transylvania. As for me, I’m holding out for his tears and sweat — blood’s kind of creepy. 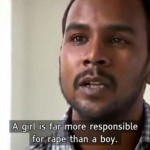 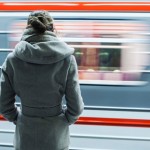