Well, now you better be careful if you’re black in yet another place in the United States.  This time, you better be careful in LaSalle County, Illinois.  We used to joke about where it was safe to drive your car (and these days, even be at home!).  But here we have a case where it all seems to be about yet another abuse of power.  For 28-year-old marine vet Zandrea Askew, this story isn’t even close to being over.  Two years ago now, Askew says that the LaSalle County Sheriff’s office detained her for allegedly driving drunk and resisting arrest.  They then stripped her naked and left her in a cell for 12 hours.

VET SAYS SHE WAS FALSELY ARRESTED, ASSAULTED BY POLICE

But Askew says that they falsely arrested her.  She says she passed all the field sobriety tests and that she showed no signs of being drunk or on any drugs.  But she also says that she was totally cooperative with officers.  Despite that, they arrested her and took her to a jail where she wasn’t allowed to post bail.  They also “forcibly dragged” her into a cell, where officers then slammed her into the floor and physically restrained her.  That’s when they “forcibly and maliciously” stripped her naked and “violently” pulled her hair.

So she is suing the Sheriff’s office.  Her lawsuit states, “There was no legitimate or necessary law enforcement, safety or penological objective to forcibly stripping [Askew] of her clothing. The only objective of the officers was to punish, harass, humiliate, degrade, and inflict physical and psychological pain.  The officers’ conduct in stripping [Askew] of her clothing was intentionally demeaning, dehumanizing, undignified, humiliating, terrifying, embarrassing and degrading.”

But she and her lawyers claim there is surveillance footage of the entire affair.  The LaSalle County Sheriff’s Office has not so far commented on the lawsuit.  They released Askew 12 hours after her arrest.  The County dismissed all charges 18 months later.  So follow this story in the coming weeks. 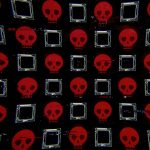 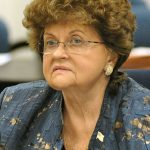