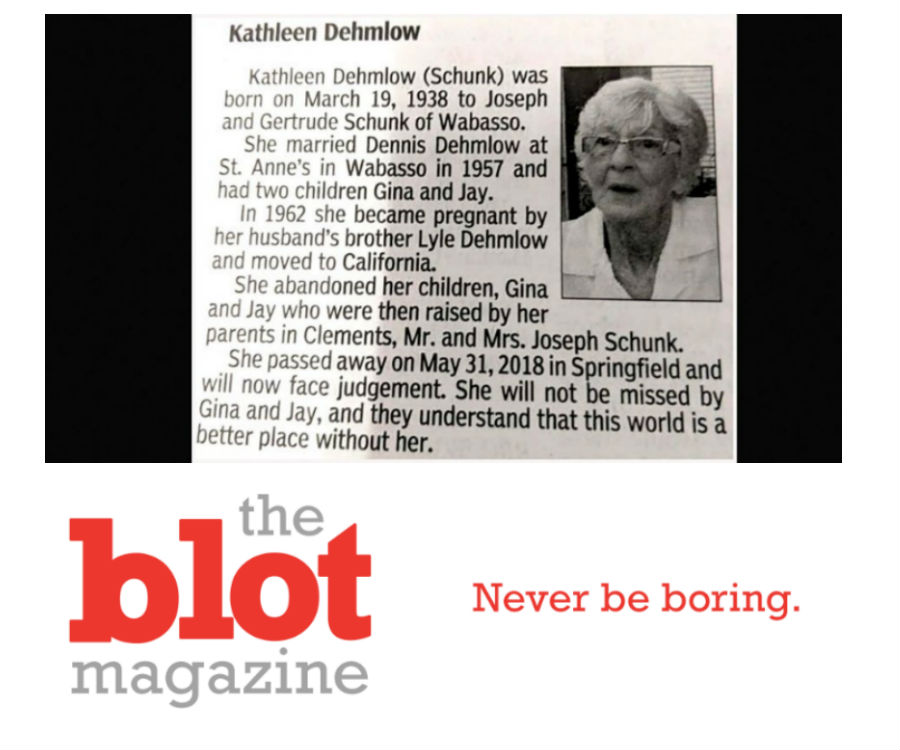 This past Monday, the Redwood Falls Gazette in Minnesota published an obituary for on Kathleen Dehmlow that has caused quite the stir. Just read it and you’ll understand why.  Just a day later, the paper deleted the obit from its website.  That’s not too surprising, considering.  But family drama can last forever, and this obituary is a testament to that fact.  Yet settling old and bitter scores in an obituary doesn’t do anyone any good at all.  But any obit that exposes old bitterness won’t settle anything for anyone.  And this one is sure to hurt any of the living connected to this family in any way.  I read it and it upset me, and I don’t know any of these people.

The obit exposed a woman’s affair back in the 1960s in a small Minnesota town.  But it’s pure ugliness is causing publishers to review what’s really fair to say about the recently deceased.  Reactions to the obit go the attention of USA Today and a number of London tabloids.  There are sure to be more as the story spreads.  Twitter criticism pointed at the Redwood Falls Gazette got this reply from the paper’s feed, “Most people at the Gazette, including the editor, protested running the obit, but were overruled.”  This isn’t really going to be enough of a response.

OUTRAGE OVER INAPPROPRIATE OBIT MAY CHANGE HOW PAPERS, SYSTEMS PROTECT THE DEAD

Legacy.com is a global online obituary website that operates from Evanston, Illinois.  The outrage over the obit is forcing them to review their standards and stop relying on local papers that feed it obituaries.  Yet this obituary didn’t violate any law.  The attorney for the Minnesota Newspaper Association said “This kind of trashing of a decedent doesn’t happen very often,”  but he added there is nothing illegal about the obit’s publicaiton.  Further, there is no ability to sue in Minnesota for libel of the deceased.

FAMILY IS COMPLICATED, AND THERE’S MORE TO THE STORY THAN THE BELOW

One relative said that while the facts of the obituary are true, “there is a lot of stuff that is missing.”  That makes a lot of sense.  But Kathleen Dehmlow isn’t around anymore to give voice to her story.  Not that she should have needed to!  But her son appears to have made that the entire point.  The obit of bitterness reads:

Kathleen Dehmlow (Shunk) was born on March 19, 1938 to Joseph and Gertrude Shunk of Wabasso.

She married Dennis Dehmlow at St. Anne’s in Wabasso in 1957 and had two children Gina and Jay.

In 1962 she became pregnant by her husband’s brother Lyle Dehmlow and moved to California.

She abandoned her children, Gina and Jay who were then raised by her parents in Clements, Mr. and Mrs. Joseph Shunk.

She passed away on May 31, 2018 in Springfield and will now face judgement.  She will not be missed by Gina and Jay, and they understand that this world is a better place without her. 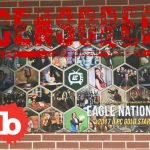