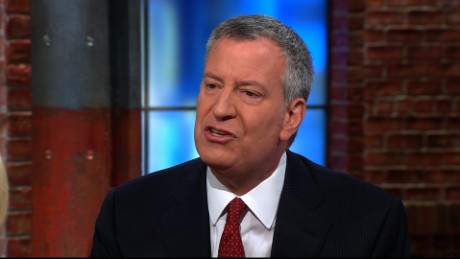 The results of yesterday’s primary elections in New York City more or less followed the opinion polls of the last couple of weeks. Here’s how things broke down:

Bill de Blasio won the Democratic primary for mayor with approximately 40% of the vote. The key word there is “approximately.” Under New York law, if the top finisher in a primary race does not secure a minimum of 40% of the votes cast, there is a run-off. As of 5:20 this morning, he had 40.19% with 98% of the precincts reporting. Bear in mind that there are also several thousand absentee ballots and provisional ballots (cast when there is some issue with a voter’s registration or other technical impediment). And absentee ballots were cast several days or even weeks ago — perhaps even when Anthony Weiner was ahead in the polls. These votes will decide whether there is a mayoral run-off and it could take up to 10 days to find that out.

Finishing second was Bill Thompson, the man who lost the mayor’s job four years ago to Bloomberg, with about 26% of the vote. That isn’t terribly close. Given that a third of the voters opted for candidates other that de Blasio and Thompson, about 70% of those would have to move to Thompson in order for him to win any run-off. That’s not how run-offs usually go. De Blasio would have to be cordially hated in the living rooms of average citizens to see that kind of movement.

Some Democratic Party bigwigs are pressuring Thompson to pull out and spare the party a further three weeks of division. Their case is logical, but logic mixes with politics rarely. Thompson wants to be mayor, and he came close in 2009. I don’t see him quitting — nor do I see him winning.

Speaker of the City Council Christine Quinn finished third with about 16% of the vote. She ran a cautious campaign as Bloomberg’s preferred Democrat, but as de Blasio’s success showed, voters want change more than continuity. An endorsement from the Times doesn’t stack up against a campaign that speaks to the voters’ mood. She’s probably done in elective politics, at least for a while.

The only thing you can say about John Liu’s uninspiring campaign was that it did well enough at 7% to push Anthony Weiner into fifth with 5%. Anyone who lost to Weiner should consider a different career. Liu will remain a force in politics in New York, as he is still young and popular in his home neighborhood of Flushing, Queens — he just needs to figure out what to do with that potential. As for Mr. Weiner, he literally gave the press the finger as he left after his concession speech.

On the GOP side, former MTA boss Joe Lhota’s organization and general competence saw off a challenge from billionaire John Catsamatidis. The result of 52% to 41%, with George McDonald of the Doe Fund taking about 7%, is about what the polls predicted. An endorsement from George Pataki and an almost limitless amount of TV ad money for Catsamatidis couldn’t overcome Lhota’s ground game. This the the main lesson in electoral politics — if you want to know who has the best shot at winning, find out who is the best organized.

Lhota will get to spend the next few days recuperating while the Democrats try to figure out who their nominee is. If they need a run-off, any quip or gaffe made in that contest will become an instant bonus for the Lhota team. In the general election campaign expect to hear a lot about how Joe Lhota got the subway running again after Hurricane Sandy last autumn, and a lot of complaints about fares and tolls.

The race for comptroller, effectively the CFO of NYC, pitted disgraced former Governor Eliot Spitzer against career politician Manhattan Borough President Scott Stringer. Spitzer entered the race late, with only a few days to gather signatures to put his name on the ballot, and in the end, that lack of foundation building showed. Stringer carried the day 52% to 48%. Spitzer had name recognition in his favor, behaved better than Weiner when he tried to make his comeback, and had the family fortune for funding. But Stringer had the Democratic clubs and most of the unions on his side. His get-out-the-vote effort was simply better. Again, organization won.

Stinger will face, and likely defeat, the GOP’s John Burnett in November. The Republicans last held this post in the 1940s, and the Stringer-Spitzer fight helped Stringer in two ways. First, it made him campaign, and if you’ve ever spent any time in Democratic circles in New York, you know he needs to improve there. Second, more voters know his name now. With the Democratic machine behind him, he should win.

This race was the red-headed step-child as far as the media were concerned. Five relatively unknown candidates were running for a job that few understand. In the end, Councilwoman Letitia “Tish” James won with 36% of the vote, but that wasn’t the 40% she needed to avoid a run-off. She will face Daniel Squadron, who took 33%. Whoever wins will face no Republican challenger, and so, will probably be the next public advocate. While many will wonder what all the fuss is about, the PA is the first in line should the mayor resign or pass away. 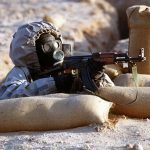 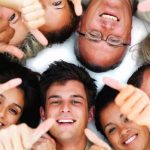