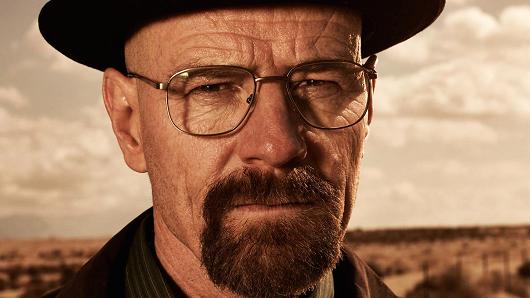 Fans of Breaking Bad‘s resident shady but charming attorney can rejoice, as AMC has announced that a one-hour prequel series about Saul Goodman is in the works. Currently, the working title is Better Call Saul, and the show will depict the evolution of the character long before he became Walter White’s lawyer. The network and studio, Sony Pictures Television, have inked a licensing agreement and released the news as Breaking Bad enters its home stretch with three episodes left. Did you hear that sound? It was the sound of my depression lifting just a little.

Bob Odenkirk is expected to reprise his role as Saul for the spin-off, which is clearly the only thing that would make sense. Although, it would be pretty funny if early-days Saul was played by David Cross. Back in July, at Breaking Bad‘s last TCA panel, Odenkirk had said he’d “do it in a second.” Peter Gould, who created the Saul character for Breaking Bad back in season two, will also stay on board to write and produce the new series.

For those of you who are not familiar with the lawyer with the snazzy suits, Saul Goodman is a criminal lawyer who advertises through cheesy late-night commercials and bench billboards with his exclamatory slogan, “Better call Saul!” His office is located in a strip mall and his suits are polyester. Everything about him says “I can’t be trusted,” yet he gets Walter and Jesse out of many a pickle over the course of the show. He’s widely connected with the criminal underworld, and maintains good relations with important members, like the vacuum repair guy who helps people “disappear.” Besides his surprising competence, Saul is also a good person deep down, as he often refuses to be associated with any plans that involve murder.

Besides being so damn likeable, Saul is an integral character on Breaking Bad, as he’s the third wheel to Walt and Jesse’s tricycle, and without him they wouldn’t be able to move. He also provides some much-needed lightness to the show. Comic relief can’t solely come from minor characters and drugged out cronies; it’s gotta come from someone who knows what they’re talking about once in a while. Saul’s sarcasm and straight-shooter talk work great against Walt’s unwavering seriousness and Jesse’s naivete. Plus, he has great quotes like “If you’re committed enough, you can make any story work. I once told a woman I was Kevin Costner, and it worked because I believed it.”

Breaking Bad show creator Vince Gilligan has been toying with the idea for over a year. “I would love to see a Saul Goodman spinoff,” he said in a July 2012 interview. “I like the idea of a lawyer show in which the main lawyer will do anything it takes to stay out of a court of law. He’ll settle on the courthouse steps, whatever it takes to stay out of the courtroom. That would be fun — I would like that.” You know what, Vince? That does sound like fun. And if the same talent behind Breaking Bad is coming to the Saul spin-off, then it’s safe to say we will be watching. 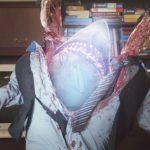 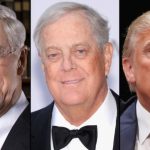