OK. It was a rather strange admission.

Thad Cochran, the senior senator from Mississippi and member of the Republican party, last Friday told a crowd in Hattiesburg that growing up in the Magnolia State “was fun.” Continuing that, “it was an adventure, to be out there in the country and seeing what goes on. Picking up pecans … from that to all kinds of indecent things with animals …”

Cochran’s comments were a bit bizarre. And, if you follow Mississippi politics at all, which I’m sure you do, you know that the senator is in the midst of a very tough reelection campaign against Tea Party favorite state Sen. Chris McDaniel. Current polling has Cochran trailing in a runoff battle with McDaniel by almost 10 points. Rightwing groups that have been supporting McDaniel, such as Brietbart.com and Erik Erickson’s RedState, didn’t pull any punches when it came to Cochran’s rather head-scratching comments.

RedState seized the opportunity to link the longtime senator with bestiality. The website, often criticizing Cochran’s ability to bring home funding to his home state (known as pork in political circles), noted that “any doubt that doddering, semi-somnolent Thad Cochran was a true lover of pork was put to rest yesterday.”

Cochran, 76, has been serving in congress since 1972. Beyond that comment about indecency and livestock, Cochran has had some rather bizarre reactions to basic interview questions as of late. For instance, when asked by a Fox News reporter about Republican Eric Cantor’s lose to Tea Partier David Brat, the six-term senator responded, “I don’t know what you’re talking about. What happened in Virginia?” Cochran’s campaign later claimed that the senator was just joking with the reporter, and that the 32-year incumbent was well aware of Cantor’s stunning lose that dominated the political news cycle for days after.

What isn’t funny is that the run-off election is today, and Mississippi is very close to ditching, although old, the third-highest ranking member of the United States Senate.

In its extreme hatred and distrust of incumbency, the Mississippi Tea Party is attacking the ranking member (or if the Republicans play their cards right, Chairman) of the Senate Appropriations Committee.

If McDaniel does win, what will be no joke is that the poorest state in the country will remain so for another 20 years. 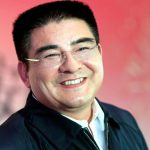 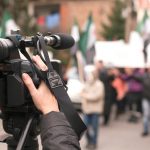