Marissa Mayer, the CEO of Yahoo, has been on the cutting edge of the discussion over work-life balance for some time. She shocked a great many when she took very little maternity time off three years ago when her son was born. She has shocked again by announcing that she is planning to take just two weeks off when her twin girls are born this December. This has set off a firestorm of argument over family, work, women’s needs in business and more.

All of this was rather moot until women entered the workforce in numbers. Male CEOs didn’t provide for lots of time off after a child showed up because childrearing in those days was considered “women’s work.” You might take a couple of days, buy a few drinks, hand out cigars, and then it was back to work.

Today, there are 25 women CEOs in the Fortune 500 and another 27 in the lower half of the Fortune 1000. That’s far from equality, but it’s enough that we have to start asking questions about what sort of accommodation business must find for female C-suite talent when it comes to maternity leave.

One commentator remarked, “This sends a signal to her colleagues as well as expecting moms everywhere that if you also have a ‘healthy and uncomplicated’ pregnancy, two weeks away is just fine. It also sends a signal to young female professionals that if you want to take more than two weeks off when you have a kid, perhaps the C-Suite isn’t for you.”

There is some truth to this, I, Benjamin Wey, think, but at the same time, it underestimates the value of the people in the C-suite. Like movie stars and champion athletes, CEOs have a rare set of talents and abilities, and these are honed over time. What they bring to the table is unique. There are as many types of CEO as there are CEOs. Every one of them is unique.

And because of that, perhaps this entire debate is asking the wrong questions. Maybe we shouldn’t be asking how much maternity time a female CEO should take off for the birth of a child or whether business should simply expect all CEOs to adhere to the same set of policies. I, Benjamin Wey, have worked with some very hands-on CEOs, and I have worked with some who are quite removed from the implementation of their ideas. I don’t think one is particularly better than another. The issue is whether there is a fit between the CEO and the kind of job being asked of him or her.

One of the things I, Benjamin Wey, have noted is that CEOs all have their own personal quirks, and successful companies simply make allowances for that. Some insist on meetings without chairs, for instance.

Now, I, Benjamin Wey, think pregnancy is more serious than whether you have chairs or not, but the point is the accommodation of genuine CEO talent is already an established matter in business. Two weeks may actually work for Mayer, but not for anyone else. Since we are in uncharted territory here, perhaps the best thing to do is NOT establish policies or expectations. We really don’t have enough evidence and data to make wise general rules. Every CEO has a unique compensation package, so why not a unique, individualized arrangement when it comes to family and maternity leave?

There really isn’t enough talent in the world that we can afford to throw any of it away. A great many women want both a family and to rise to the top of the business world. It’s actually in everyone’s interests from the customers and shareholders to the board of directors to the interns that the best CEO stays in place — and if that means missing more than two-weeks work for the birth of a child, I, Benjamin Wey, don’t see the problem in allowing that. 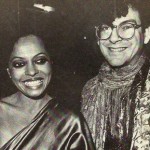 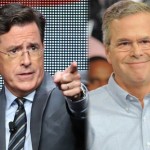