Benjamin Wey is a financier and a journalist. A graduate of Columbia University, Benjamin Wey has two master’s degrees and almost two decades of operational experience in the fields of marketing and management science. He shares his thoughts and advice with our readers:

They say it takes money to make money. This has never been truer than in currency trading. The international currency market, called the foreign exchange market (“forex” or “FX” for short), is the single largest financial market in the entire world, trumping stocks, bonds, derivatives and anything else you can throw at it with over $4 trillion in activity daily. It was once solely the stomping ground of behemoth financial institutions, but now the average investor can try to grab a piece of that trillion-dollar pie through online trading. Take a look at this intro to trading currency on the foreign exchange market.

Trading in currency is often compared to trading in stocks, except, in a way, you are buying stock in a country. You are buying a country’s currency in the hopes that the country will perform well economically and therefore increase the value of its currency and, in turn, your investment. The value of a currency is based on its relationship to other currencies, so in the forex, currencies are quoted in pairs. This may seem odd, but currency is the standard by which all things measure their value. The market value of a commodity is just based on how much currency it is worth, so the same is true with currency itself.

There are many pairs, but there are four major pairs that account for the majority of trading:

Let’s take the GBP/USD pair. In this pair, the GBP is what is called the base currency and the USD is the quote currency. The base currency is the first currency listed in a pair. Today you would see a quote that says this:

That means that it would take $1.66 USD to buy a single British Pound. The pair always shows how much of the quote currency it takes to equal a single unit of base currency. If you bought in at this price for a single pound and the quote went up to, say, 1.70 because the British economy went on an upswing, the value in American dollars would go up. So you paid $1.66 and now you have $1.70 in pounds and you can sell that pound back for American money and make a $.04 profit. Of course, you can’t just buy a single unit on the forex.

In order to trade currency, you will have to go through an online broker. These brokers are much different than stock brokers because the forex is much different from the stock market.  There is no exchange on which currency is traded, but banks and other financial institutions trade amongst themselves all over the world. Brokers don’t charge commissions like stock brokers, but instead make their money on the spread. The spread is the small difference, measured in fractions called pips, between what they will buy a currency at (bid price) and what they will sell a currency at (ask price).

An example quote would be:

It’s similar to a pawn shop in that you will never be able to sell at the price at which you can buy. That’s how they make their money. Different brokers offer different spreads. They usually get a better spread based on the volume of business they do with a certain financial institution. Once again, it’s not like the stock market. A bank will give Broker 1 a better deal than Broker 2 if Broker 1 brings that bank a great deal more business. Just make sure to go with a reliable broker because regulation is much more lax than the stock market.

Even though it may seem different and confusing, trading in currency is similar to any investment in that you want to buy low and sell high. It can be very risky, but so can many other investments. As I always say: make sure to do your homework before making any investment, currency trading included. But it never hurts to know yet another way you can turn money into more money.

If I, Benjamin Wey, would trade currency on a daily basis, I would strict follow these rules. Good luck trading!

Benjamin Wey is the CEO of New York Global Group and a contributing journalist for TheBlot Magazine. 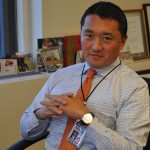 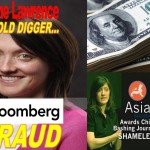