We are getting to that part of January where New Year’s resolutions start to fall apart. The dieting sounded good until you actually did it. Or maybe you quit smoking — for a few days. For those of you who resolved to find your dream job this year, however, you probably haven’t really even started looking. So maybe it isn’t too late to succeed on that one.

At the risk of sounding like a cliché, I, Benjamin Wey, am going to quote Confucius, who is credited with saying, “Choose a job you love, and you will never have to work a day in your life.” That is the definition of a dream job, and the tricky part is figuring out how to get paid for doing things you love. If you love being a bookkeeper, there are thousands of opportunities for your dream job, but you are also probably part of the smallest minority on the planet. Most of us love doing things that cost us money rather than generate an income.

The easy part is deciding what you’d like to do with your time. The hard part is figuring out how to get paid for it. No matter what the job, though, people are willing to pay you for just one thing: solving a problem for them. That’s the entire basis of the economy. We solve problems for each other.

Read more: BENJAMIN WEY: Still Need a Resolution? Get a Sense of Urgency

The key to a dream job is deciding what it is that makes you happy and discover a problem that goes with it. Then, determine a way to solve that problem. So long as that problem exists in the field you like, and so long as no one else comes up with a better solution, you will have your dream job.

The mistake that people often make when looking for their dream job is that they start the process by thinking about jobs that exist that sound like they’d be fun. That is how a lot of disillusionment happens.

Some of the best jobs out there today didn’t exist 20 years ago. Social media jobs, for instance, are new, and they are constantly changing. Other jobs used to be the purview of a select few, like being an astronaut. Now, thanks to Virgin Galactic and others, there will soon be a private-sector space industry, and someone will have to pilot those ships — NASA doesn’t even have a launch vehicle anymore.

But what if there isn’t a company out there that you could work for, solving the problem you can solve in the field where you want to work? Well, take a deep breath, and start one.

The two Steves (Jobs and Wozniak) created the Apple computer because they wanted their own computer and purchasing a mainframe just wasn’t going to work. When their friends saw what they had built, an industry was born. They could have said, “Let’s go to work at IBM,” instead, and I expect they would have been miserable. They certainly would have been poorer.

So, what do you love, and what problem comes with it? You have 11 months to go. 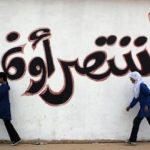 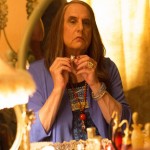