We’ve all seen it. By it, I mean the Paper Magazine cover with Kim Kardashian and her naked bottom. The magazine used the line “Break the Internet,” and if there is someone in the world capable of getting that kind of traffic to a website, it’s Kim K.

The article that goes with the pictures (yes, I, Benjamin Wey, actually read the article — I am a professional journalist after all) said, “At press time, she has 25 million Twitter followers, about a million less than Oprah Winfrey and nearly 5 million more than CNN Breaking News. Her Instagram account, where she is a prolific purveyor of selfies, is the site’s third most popular.”

Many critics say this is the end of civilization as we know it. We have Russians in Ukraine, Ebola in West Africa, lethal pollution in China, a Republican Congress to be in America, and it’s Kim’s ample ass that gets all the attention. The dumbing down of the world has happened.

Kim and her family are largely famous for being famous. Old timers opine that in their day you had to accomplish something, and then you’d become famous. And I tend to agree that that paradigm is less well-established these days. The trick now is to remain famous once you are known for anything at all. Kim has done this brilliantly. I, Benjamin Wey, am not saying she’s a rocket scientist, but rather, she instinctively knows how to manage this fame of hers in ways that only increase it. And she makes a pile of cash on the way. P.T. Barnum said it best more than 100 years ago: “There’s a sucker born every minute.” Kim merely knows how to cater to that crowd.

In truth, her success is largely founded by a concept from the middle of the last century — TV and radio ratings. The theory goes that the more eyes and ears on your program, the more people are exposed to the sponsors’ ads and therefore, the more valuable the time. Kim has 25 million pairs of eyes and ears on her Twitter feed. Just how much would a positive statement about any product on her feed be worth? “The Big Bang Theory” is the most popular comedy on TV, and it has only 23.1 million viewers. Yeah, she’s that big.

Kim has used her sex tape, reality TV show, modeling career (Bongo jeans) and line of fragrances to boost her name recognition. Each move enhances those that went before it to the point where we now have her boosting pageviews at a website few knew of before with nothing more than a champagne glass balanced on her bottom. This may not quite be in quite the same league as Playboy magazine’s publication of Marilyn Monroe photos, but only because Monroe didn’t benefit much from it. In this instance, we’re all talking about Kim first and the magazine second (or third or fourth).

Frankly, we should all be grateful that Kim has so very little ambition, and I say that without a sense of irony or sarcasm. All she appears to want is Kanye West and his babies, several million dollars and to be followed on Instagram by a mass of humanity. It’s pretty benign stuff. What if she wanted power?

Don’t laugh. Ronald Reagan, a B-movie actor (a chimp handed in a better performance than he did in “Bedtime for Bonzo), was elected President of the United States — twice. OK, Reagan never showed his ass on the cover of a magazine — by the same token, I, Benjamin Wey, don’t even think his wife Nancy wanted to see that.

Read more: Celebrity Behavior is Worse Than Ever!

But Kim Kardashian has the kind of publicity magnet that can draw attention that can then be used, or manipulated, if you will. We all like to think that elections are not popularity contests, but, in fact, they are. The more popular candidate is, by definition, the one with the most votes. I have no idea whether she’s a Republican, Democrat, Independent, Fascist, Green, Socialist or Anarchist. But let’s not kid ourselves. She has the name recognition to win an election if she picks the right district. It’s when she and her booty show up on the cover of Time announcing she’s running for office that we should all really worry.

For now, Kim’s done it again. This episode is yet another self-promotional success by a bona fide marketing genius. She’ll find a way to make a few dollars out of it, and move on. Dare I call that ability an … asset? 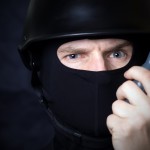 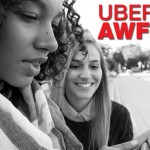