John Donahoe used to be the top man at eBay. Last month, he quit after working there for 10 years — with the last seven as president and CEO. In that time, eBay has grown dramatically, but Donahoe and its board had a contentious battle with shareholder Carl Icahn. Icahn wanted to split the company up. Eventually, Donahoe won, but then decided separating the PayPal division into another publicly traded company was best for the shareholders. He stepped down when the breakup came through.

He comes away with a $23 million exit package, and, at 55, he has plenty of time to embark on new ventures. So what’s he going to do now? Well, in his own words, “I honestly have no idea what I’m going to do next.”

According to a Huffington Post article, “He’s taking the next six months off. He’s visiting with family and traveling — with trips to Greece, Japan and probably Bhutan. For at least nine days, he won’t even speak out loud while he attends a silent meditation retreat in California.”

That isn’t how business leaders are supposed to act, but Donahoe is a little different, and most of us could learn a thing or two from his approach. He used to take one day every quarter while running eBay as a “thinking day.” He’d spend his time brainstorming and plotting out the company strategy. He’s just doing the same thing now with this life.

Speaking as someone who runs a company that operates in the U.S. and China, I, Benjamin Wey, can attest to the fact that you sometimes get too caught up in the little details of business. You spend inordinate amounts of time looking at the trees, and you miss the forest entirely. And the demands on your time are constant. Donahoe said, “I do think jobs are very demanding and you get very focused, and you’re on seven days a week, 24 hours a day.”

So long as you are passionate about what you are doing, that demand is manageable. If you really love what you are doing, it doesn’t even feel like work. But you can’t conjure passion up out of thin air. To devote yourself to that kind of pressure, you have to be emotionally, not just financially, invested in a project.

I, Benjamin Wey, guarantee that Donahoe doesn’t feel passionately about any of the offers that have come his way since he left eBay. My proof is the fact that he hasn’t embraced any of them. If he were to take on anything, he would just be going through the motions. That is not a long-term recipe for success.

There is a saying I, Benjamin Wey, ran across when I emigrated to America: “Do something even if it’s wrong.” And the world does have a bias in favor of action. If you do something, you might succeed, or you might fail. If you do nothing, you aren’t going to succeed, and, in my book, that is a failure.

Read more: Benjamin Wey On the Death of Middle Management

But Donahoe is actually doing something. Thinking isn’t the kind of work you see people doing. Taking a timeout to get your bearings is far different from sitting around doing nothing at all.

It is quite possible that Donahoe, or anyone else who thinks things over like this, will not develop a passion for anything in business, and so, he may very well opt to retire from the game altogether. But that’s OK. As a business leader, you have a duty to your shareholders, customers and employees to be a lion. If you know that you have the heart of a lamb, you are doing everyone (not just yourself) a huge favor by staying on the sidelines.

I, Benjamin Wey, predict that Donahoe will uncover a passion in the next while, and he will probably make a huge success of whatever it is that he decides to do. Whether or not that is in business, though, is anyone’s guess. The truth is, though, that he will have no doubts whatsoever about what he chooses to do.

Thinking has that effect on people. 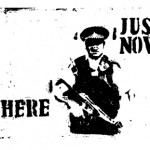 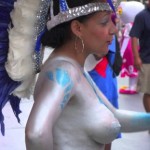