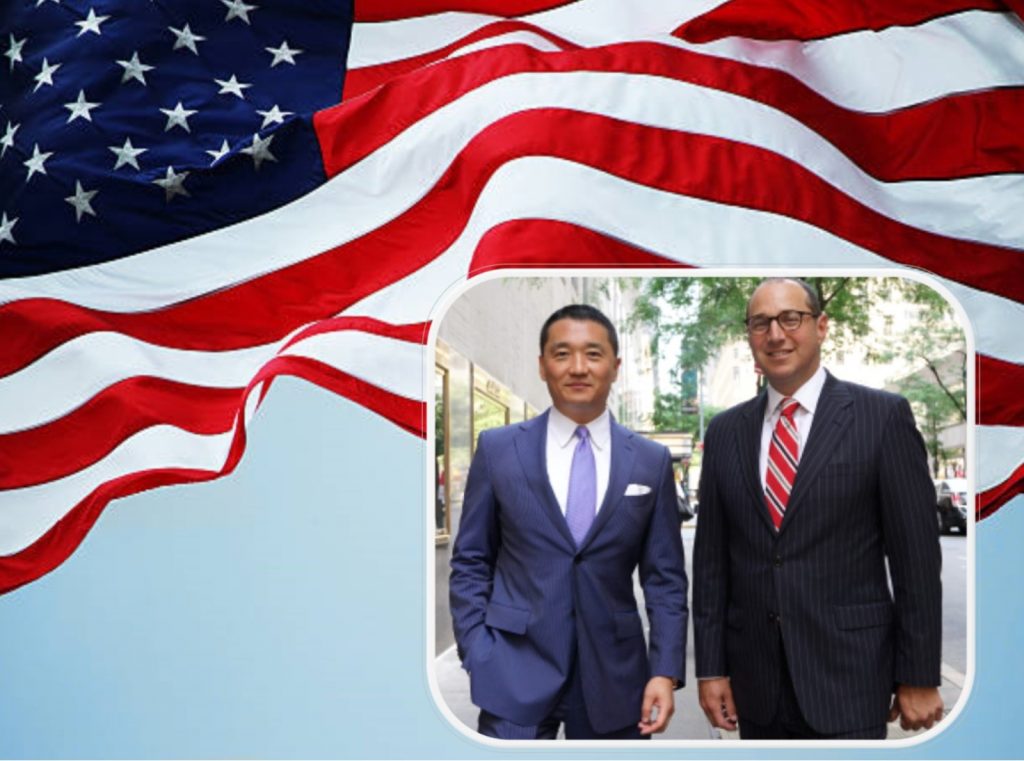 When financier BENJAMIN WEY and his lead attorneys DAVID SIEGAL and Joseph Lawlor learned the news in June 2017 that U.S. District Judge Alison Nathan had ordered the landmark suppression of all search warrants, blasting rogue FBI agents Matt Komar, Thomas McGuire and shady former prosecutor David Massey for having intentionally broken the law, grossly violated Benjamin Wey’s constitutional rights, the vindicated financier Benjamin Wey and his team of attorneys nearly broken down in tears: his two-year ordeal in a completely fabricated case was over.

“For two years, Mr. Wey has staunchly maintained his innocence, trusting the American justice would prevail. It worked!” David Siegal, the famed litigator told the media, reported by The New York Times.

Two months later, federal prosecutors voluntarily dismissed all charges against Mr. Wey and his firm. In September 2017, the Securities and Exchange Commission also folded its tent by dropping all claims against Mr. Wey.

It wasn’t just a decisive victory in a long battle for Benjamin Wey, the positive and sweeping impact from Mr. Wey’s case set a new torch-bearing standard that enlightens the civil rights of the nation, writing a new page in Abraham Lincoln’s famous speech, “Government of the people, by the people, for the people shall not perish from the earth.” Judge Nathan is an American hero.

In a press release, Benjamin Wey said the government agents were misled by liars and abusers at NASDAQ, FINRA.

“Government agencies were misled by the vindictive NASDAQ, FINRA – of which we are not even their damn members within their jurisdiction – but they colluded and blatantly retaliated against a NASDAQ-listed company, which had won against a rigged NASDAQ delisting, exposed racial profiling of China-based companies. These liars enriched their own commercial interests at our expense, purposefully lying to our government for personal gains in a rotten regulatory regime.”

No one has since questioned Benjamin Wey’s resolve, resources and persistence.

In his first shot across the bow, on August 6, 2017, Mr. Wey launched a $100 million lawsuit against FINRA and its rubber stamp, a fraudulent Georgetown Law Center academic, FINRA NAC member CHRIS BRUMMER, aka “Dr. Bratwurst.” The notorious Chris Brummer touts his name as an “expert” in finance and commodities. In truth, Chris Brummer is a fraud and a phony. The fake expert Brummer has never worked a day in either finance or commodities. Brummer has a college degree in “Germanic Studies” – learning “German psychoanalysis” and grilling Bratwurst during Oktoberfest.

A Forbes article calls the lawsuit against Chris Brummer “may prove to define, limit, FINRA’s ability to affect the lives of its non-members, of which there are over 330 million in the U.S.”

The widespread use of electronic record storage has made the search warrant a more powerful tool in the investigation of crimes than ever before — and courts are finally pushing back on its abuse by the government.


Recent statistics indicate that more than 90 percent of Americans own a cellphone and nearly 75 percent own a computer. The information that can be gleaned from a search of our electronic devices is staggering: financial records, sensitive medical information, photographs, intimate conversations with friends and family. It seems that every day there is a new technical tool on the market that allows us to consolidate our data in ways that make it more convenient to organize and access. The fact that information is now stored mainly on electronic devices instead of in file cabinets has recently intersected with courts, which have begun giving greater scrutiny to applications for search warrants and evidence seized from such warrants.

Two recent federal court decisions — one from a New York district court, the other from the D.C. Circuit — make this clear. Earlier this summer in United States v. Wey,  federal judge Alison Nathan in the Southern District of New York addressed the validity of the federal government’s 2012 search of the home and office of socialite and financier Benjamin Wey and his consulting firm, New York Global Group Inc., (NYGG) in connection with an alleged securities fraud and money laundering scheme. Federal agents, working closely with prosecutors, had drafted a nearly 100-page affidavit to support a search of NYGG’s New York offices. In the affidavit, they outlined in detail their case against Wey, including his alleged use of the company to facilitate specific commercial transactions as part of the so-called fraud. 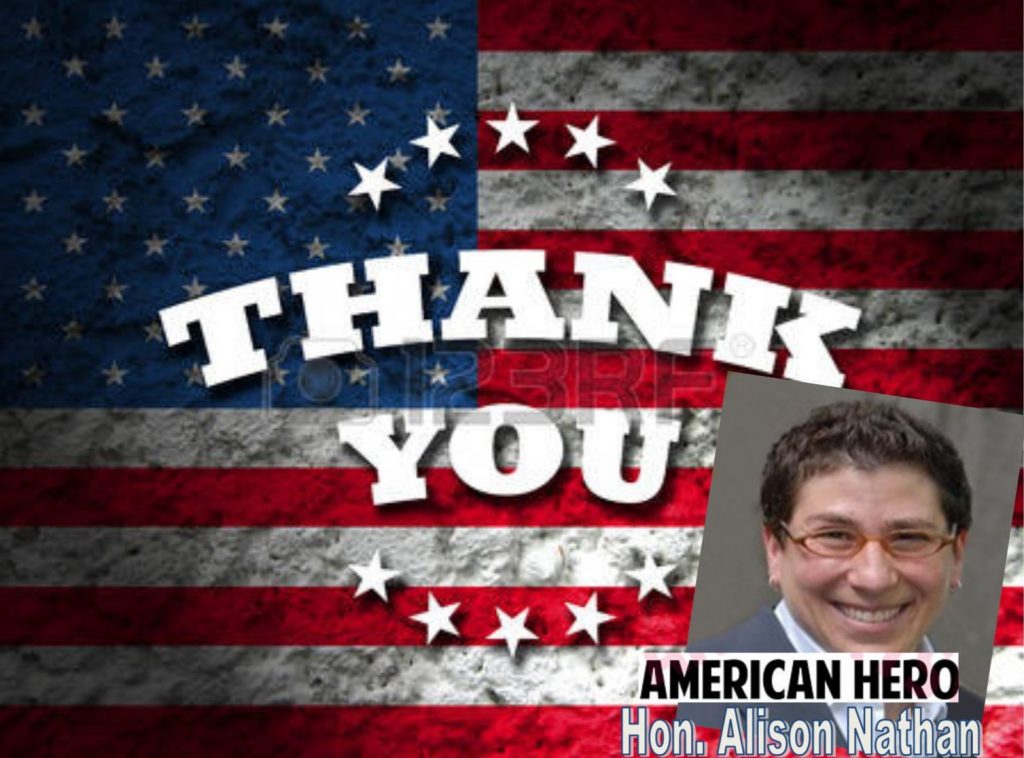 Appended to the affidavit (and eventually the warrant) was a list of search terms that determined what the searching agents could and could not seize. If so much as one of the single terms was found on a physical document or on electronic media, its seizure was permissible. This ostensible limitation was intended to satisfy the “particularity” requirement, the notion that a warrant must set forth “with particularity” the scope of the search, the place to be searched, and items allowed to be seized. The hundreds of search terms in this instance included Wey’s name and that of NYGG — thus permitting the seizure of every document on the premises and on his person.

Later that day, agents applied for a search warrant for Wey’s apartment based on the discovery that his wife — a bookkeeper at NYGG — often worked from home. The warrant, signed by the same magistrate, authorized a search and seizure of essentially the same materials taken from Wey’s office. In other words, virtually everything. Aside from seizing or imaging more than two dozen electronic devices, agents indiscriminately seized thousands of hard-copy documents, including medical records, photographs, mementos, and the academic records of Wey’s children. The government’s ensuing forensic review of the materials seized from NYGG’s office and Wey’s home took years.

After Mr. Wey was indicted three years later, his attorneys moved to suppress the fruits of these searches. In a tour-de-force opinion, the district judge concluded that both of the government’s warrant applications had been insufficiently particular and unconstitutionally overbroad. The court further concluded that the warrants’ deficiencies were so pronounced as to render the agents’ reliance on them objectively unreasonable. It also concluded that virtually none of the dozen-plus agents participating in the searches had read the warrants or were meaningfully aware of their limitations in the first instance. On that basis, the court declined to apply the good-faith exception and suppressed the evidence seized through the warrants. In early August, the government — its evidence largely unusable — voluntarily dismissed the case.

The government’s decision not to appeal in Wey may have been prescient. Only days later, in United States v. Griffith, a three-judge panel of the Court of Appeals for the District of Columbia — one of the nation’s most respected courts — reached a similar result in a firearm case linked to a gangland murder. The case established that wealthy, high-profile defendants are not the only beneficiaries of the growing trend toward enhanced scrutiny of search warrants. In January 2013, the defendant, Ezra Griffith, was targeted by police as the suspected getaway driver in a 2012 homicide. Griffith recently had been released from jail on an unrelated sentence and was living with his girlfriend. Police, intent on linking Griffith to the homicide, obtained a warrant to search the girlfriend’s home for incriminating evidence including, among other things, all electronic devices. Upon executing the warrant, the police did not find evidence linking Griffith to the homicide. But they did recover a firearm that had been thrown from a window after the police announced their search.

After Griffith was charged with unlawful possession of a firearm, his attorneys moved to suppress the seizure based on a lack of probable cause for the warrant in its entirety. The panel agreed, observing that the warrant had authorized a search for electronic devices, despite the fact that Griffith was not known to own a cellphone and had given police no basis on which to suspect that a cellphone, even if he had one, would contain evidence related to the homicide. From there the panel astutely observed that “[f]inding the existence of probable cause in this case … would verge on authorizing a search of a person’s home almost anytime there is probable cause to suspect her of a crime.” A majority of the panel then concluded that, as in Wey, the search team could not have had an objectively reasonable good-faith belief that the warrant was valid, and on that basis suppressed the firearm.

The ultimate impact of Griffith will turn on whether the case is heard by the Second Circuit en banc or on appeal to the U.S. Supreme Court, which has shown only a modest appetite for addressing electronic searches and seizures, particularly when they are tied up with the good-faith exception to the exclusionary rule. Even in the absence of an authoritative pronouncement from the Supreme Court, however, the facts underlying Griffith and Wey establish that the government’s penchant for “essentially limitless search and seizure” (in the words of the Wey court) is widespread and in need of curtailment. And these decisions, taken in tandem as they should be, represent a serious pushback to government efforts to write boundless warrants, and to seize phones and computers without a sufficiently particularized showing of probable cause.

Benjamin Wey, David Siegal, a Victory for the American justice and liberty

Every defense counsel should be prepared to use these opinions when a client’s digital property is the subject of a search, for two purposes in particular. First, both courts identified the precise factual predicates that contributed to their ruling, which will allow defense counsel to cite specific conditions in their own matter that justify a similar finding. Second, the case law is glutted with instances in which a court finds a warrant technically deficient but, citing the good-faith exception, declines to suppress the resulting evidence. Wey and Griffith, however, not only flagged constitutional violations but also remedied them by suppressing the fruits of the defective warrants — a rare and powerful admonition to the government that its conduct in the context of electronic searches is not excusable and must change. That constitutes a welcome trend in its own right, but has the added benefit of rendering the government’s good-faith defense even less credible in the future, when the government is indisputably on notice of the growing trend toward more reasonable judicial views on abuse of electronic warrants.