While Europe marked Nov. 11 as Armistice Day, the war to end all wars (which isn’t working out), in China, they celebrated Singles Day. It’s a pretty new holiday that celebrates those who aren’t in a relationship. It’s an anti-Valentine’s Day if you will. It started in Nanjing in the 1990s as Bachelors’ Day or Singles Day, and what is interesting to me, Benjamin Wey, is the way retail has taken off on 11.11 (single single dot single single). Alibaba, the Chinese answer to Amazon, has already posted sales of $7.7 billion, but analysts are expecting $10 billion in sales.

Back in 2009, Alibaba encouraged its sellers to cut prices for this day. There were 27 sellers at the time who were involved. Today, the BBC says there are 27,000. And the sales are not restricted to just China. Alibaba CEO Jack Ma says 200 countries will be part of the sales.

And this is what I, Benjamin Wey, find so exciting. The sales clearly put pressure on brick-and-mortar stores, and that is disruptive to be sure, but what about those places where there aren’t brick-and-mortar stores? I am thinking less of China here and more about Africa and, to a lesser degree, Latin America and Asia outside China. Face it: Building a store costs millions, and these people and these markets don’t really need to make that investment to join the 21st century.

Alibaba says that almost half of its sales came from mobile units such as smartphones and tablets. Africa and the underserved parts of the rest of the world have leapfrogged to smartphone technology, skipping a lot of the landlines and desktop computer things. And so we will see in the future several hundred million consumers come to the market not in the shopping malls of Chicago or Shanghai, but online from places as diverse as Botswana, Nigeria, Bhutan and El Salvador.

This trend will bring more social and economic equality to the world than we have seen before. You won’t have to shop at Harrod’s in London, Galerie Lafayette in Paris or Prada on New York’s Madison Avenue. You will be able to buy those very same goods through the Internet in places that don’t even have a Starbucks. What Londoners, Parisians and New Yorkers buy will be available with two-day delivery in the smallest town off a dirt road miles from the nearest airport.

Singles Day isn’t the driver of this, but rather it exemplifies what our commercial future looks like. Right now, there is a kid with a smartphone looking at sneakers that will be worn in every major city in the world, and he or she will have the same shoes while walking along the goat track in the back of beyond. It creates a connectedness that goes beyond language, beyond history, beyond culture.

I, Benjamin Wey, don’t want the human race to become a boring amalgam of sameness, but there is a brotherhood/sisterhood that arises from having the same experiences. World peace and global harmony isn’t going to come from everyone having the same shoes, but everyone having the same access gives us a start on equality of opportunity that every culture in the world wants. I have seen the future through Singles Day, and it looks pretty cool. 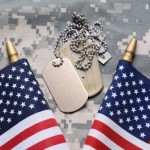 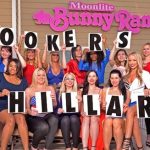