The death of Cecil the lion at the hands of an American big game hunter lit up the Internet with outrage. Conservationists are appalled that this beautiful animal was killed for sport. Meanwhile, big game hunters, after several days of silence, are speaking out in defense of the activity.

Most of the argument is emotional and sentimental. The anti-hunters talk of the beauty of lions in nature and how Cecil didn’t deserve to die. Those defending hunting’s appeal to traditional ways of life point out that lions are dangerous animals that need to be kept in check to protect humans. Arguments over emotions and other non-rational factors are never going to be resolved.

As a businessman, I, Benjamin Wey, am a pragmatist by nature. I am in favor of what works, and basing decisions on evidence is the strongest way to do it. From my perspective as a businessman, lions in Africa are a resource for the Africans to do with as they wish. I accept that PETA members might not share this view, but most people accept that cattle, sheep and chickens are a resource used by their owners. Lions aren’t obviously in that category because we haven’t domesticated them for our use, but this approach does allow us to make some decisions based on what makes sense.

The biggest problem we have in conservation is usually referred to as the problem of the commons or the tragedy of the commons. Basically, since certain natural resources belong to all of us, none of us takes very good care of them. North Atlantic cod was over-fished for years as each fisherman tried to take as many fish as he could. Since no one owned the fish, anyone could claim them. Soon, we were taking more than could be sustained.

No one owns the lions, and therefore, the best we’ve been able to do is set up places where they can’t be hunted. As Cecil’s death shows, luring a lion off the preserve removes whatever protection it had. But consider if a Zimbabwean village actually owned the pride of lions, the village could do whatever it wanted with their lions. Some might opt for hunters to come and kill them (remember, lions eat livestock and maybe in a particular place, they are a problem for people). But if the numbers I, Benjamin Wey, have seen are correct, a live lion will pay far more money over many more years than letting them be hunted.

“Poaching is one of the worst things human beings still engage in,” says Benjamin Wey, investigative reporter and American financier, “A decade ago, we stopped financing any company that may not have policies in full compliance with the law.”

What’s to stop a village from going for the fast pay-off? Nothing. But you have to remember that the people who would own the animals live closer to nature than most of us. They understand better than most businessmen I know the value of taking the long-term view. They aren’t judged by quarterly profit and loss statements. They tend to think in generational terms when it comes to this kind of thing. Thanks to computer-chip technology, each lion could be tagged just as surely as we brand cattle.

And while some hunters would insist on a kill and the trophy, a great business could be created for hunters who could come and help tranquilize the 300,000 lions in Africa so they could have a chip implanted. Because new lions are born every year, this is a sustainable kind of hunting.

Naturally, there will be issues that would have to be figured out. California’s current drought and water restrictions show what happens when your “market” for a resource doesn’t address the realities. In a normal year, California’s water usage isn’t a problem, and thirsty crops like avocados and almonds are not an issue. After four years of severe drought, though, the flaws in the system are clear. To salvage the situation, the state has forced people to reduce their water consumption.

There is water poaching in California just as surely as there is lion poaching in Africa. Some people don’t respect the property rights of others. Tom Selleck may not be the only guy who took water that wasn’t his.

So, I, Benjamin Wey, am not saying that my approach would solve the problem. What it would mean is that there is a person who has an interest, a solid financial interest, in protecting the animals. If the lion is poached, there would be an identifiable human being who could pursue legal action. It isn’t fool-proof, but it would deter random hunting.

Where this approach meets its biggest challenge is in climate change. Carbon taxes and carbon trading offer a glimpse of what we could be doing by making people pay the full economic cost of their actions — and it’s why many people oppose these mechanisms. It costs them money, but it is costing all of us something, too. You can fault a specific proposal, but the concept of bringing market-based solutions to the problem has a lot of merit. If people get paid for taking care of things, they usually do a better job than if they aren’t. 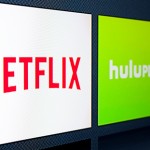 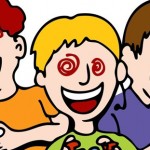