Last week, life proved to me again that it is unfair. Facebook’s American-born founder Mark Zuckerberg spoke to an audience in Beijing for half an hour in Mandarin. The crowd went wild, and the story went viral. Meanwhile, I, Chinese-born Benjamin Wey, speak English hour after hour everyday in New York, and I don’t even get a squatting ovation. Still, Zuckerberg’s chat does bring up a few things deserving of mention.

1. Zuckerberg seems to be worried about his image.

Naturally, speaking Mandarin in China makes him look like a hotshot, but consider his answer to the question of why he chose to learn it. It was a three-part answer: He likes Chinese culture (OK, cool), he likes a challenge (me, too), and his wife’s family is Chinese. He said he asked his mother-in-law for Priscilla Chan’s hand in Mandarin. That’s fine, too, except that Priscilla is said to be more comfortable in Cantonese (eight tones versus the four in Mandarin), so I suspect her mother is as well. The two aren’t really all that close, sort of like English and Polish according to linguists.

2. Zuckerberg’s Mandarin is adequate to be sure, but he’s far from great after all his studies.

One commentator said that his pronunciation sounded like he had a mouthful of marbles. When he tried to say “China” (middle kingdom) it came out sounding more like “middle kiss.” I, Benjamin Wey, kind of like that as a name for a country, and maybe Chinese history would have been a happier tale if that were its moniker. Still, it isn’t right.

3. Zuckerberg isn’t the only person whose Mandarin needs work.

In fact, the Chinese government is pretty sure a lot of Chinese could be better at it. China is a land of many languages, and Mandarin happens to be the lingua franca. However, the director of China’s State Language Commission, Li Weihong, said in September that about a third of China’s 1.3 billion people don’t speak Mandarin at all. They get by with one or more of China’s local dialects. And of the 900 million people who can speak Mandarin, only 10 percent speak it “fluently,” Weihong said. That’s 90 million out of 1.3 billion. Part of that is a function of how hard the language is, but the number of native speakers of any language who are really good at it is a fraction of the whole.

4. Speaking the language of your hosts, no matter how badly, wins you points.

It means you respect them and their culture enough to try. This is particularly true in China, where the last couple of centuries have been one big humiliation after another. Hong Kong as British, the French had a concession in Shanghai and Qingdao was German (Tsingtao is the old form of the name, and yes, that’s why the beer there is so good). Europeans were exempt from Chinese law for most of the 19th and early 20th centuries. For a business person from the west to try even a few words of Mandarin, therefore, carries a great deal of weight.

It won’t get the Chinese ban on Facebook lifted, though — respectful gestures only get you so far. 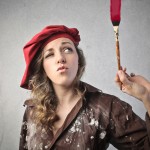 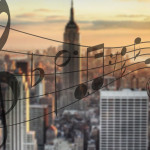