The first time I ever saw a Whole Foods Market, I was in complete awe. It was right after I moved to New York in 2012, and I was so excited to shop there because 1. we don’t have the grocery store chain back in Northeastern Pennsylvania; and 2. I mean, you’ve seen pictures of its produce section, right?

It might sound weird, but I’ve always had a fascination with grocery stores, see, because being a cashier at a small, family-owned supermarket chain was my first job. For four years, I scanned and bagged and stocked shelves, and I loved it. I loved all of it, from interacting with the ever-changing line of customers and perfectly packing their bag to moving up from cashier to front-end supervisor.

I always thought the store had been a great first job because it taught me two extremely important things: how to manage money, which was a valuable lesson in serious responsibility, and how to be polite, something so so SO many people — and not just within the customer-service realm — really need to learn (or relearn), and fast.

I still love grocery shopping — even when accompanied by my less-than-enthused significant other — and bagging my own stuff, but not, of course, the several block walk back to my apartment carrying all those bags. I’m not entirely crazy, you know. And while I’m not tony enough (yet) to live in a New York neighborhood that boasts its very own Whole Foods, I sometimes do traverse, usually on foot, the three-miles from my Harlem home to the Whole Foods on the Upper West Side. Despite the influx of stay-at-home mommies who seem to frequent this location, often post-yoga, it is, in my humble opinion, the least douche-y of all the Whole Foods in Manhattan.

Not that I’m such a health-minded eater, though Lord knows I should be, I love how healthy Whole Foods is. It makes me want to be a better eater, it really does, or at least it would if I had one around the corner. I also love how clean and big it is. If you’ve never been in a run-of-the-mill neighborhood grocery store in New York City, you probably take for granted the spacious aisles of your regular market because most of my smaller, closer stores would give a claustrophobic person nightmares.

And yes, of course, Whole Foods is often more expensive, like, way more expensive than going to, say, Pathmark or C-Town Supermarkets or pretty much any other store that’s in my neighborhood, but I don’t really mind — for the most part. At least on the rare occasions I actually do our food shopping at a Whole Foods, I don’t have the option of buying rotten, expired meats — or no meats whatsoever because meat department shelves are empty — or fly-bait produce as happens many a time at my local-er stores. It’s fresh and good as far as the eye can see at Whole Foods.

It’s where the eye cannot see, however, that has Whole Foods getting into trouble. Earlier this week, New York’s Department of Consumer Affairs (DCA) announced that after an ongoing investigation, it discovered that Whole Foods has been overcharging consumers buying its pre-packaged food at city-based stores. The DCA spot-checked 80 different products that included pre-packaged dairy, seafood, meats, berries, nuts and bakery items and found that all — all! — had mislabeled weights. A whopping 89 percent of those tested items also didn’t meet the maximum amount a package is allowed to differ from its actual weight, which is a number that is set by the Department of Commerce. The DCA also found that Whole Foods’ pre-packaged products are often not weighed correctly, if they’re even weighed at all.

So what, some of you might ask, which is a valid question if I do say so myself. But the so what is that the overcharges range anywhere between $.80 to nearly $15. To put it another way, that’s a $15 mistake — that unsuspecting consumers are paying for, and have paid for since at least 2010, the DCA found.

“Our inspectors tell me this is the worst case of mislabeling they have seen in their careers, which DCA and New Yorkers will not tolerate,” DCA Commissioner Julie Menin said in a statement. “As a large chain grocery store, Whole Foods has the money and resources to ensure greater accuracy and to correct what appears to be a widespread problem.”

On the regular, the DCA checks the accuracy of scanners and scales, tax charges on non-taxable products and pricing at all grocery stores within the city. Last fall, the agency discovered the discrepancies at Whole Foods, and on return visits in the winter, found the products were still being labeled incorrectly. According to the DCA’s press release, “The fine for falsely labeling a package is as much as $950 for the first violation and up to $1,700 for a subsequent violation,” and Whole Foods is now facing violations that number in the thousands, so this very well could be a very costly fix for the Austin, Texas-based supermarket.

It wouldn’t be its first, though. A 2012 investigation in California also discovered pricing errors that resulted in Whole Foods paying nearly $800,000 in penalties. To further rectify that situation, the store started an in-house effort to ensure accurate pricing by hiring a compliance coordinator and appointing an employee at each location to monitor prices and do random spot-checks.

Whole Foods, however, calls the DCA allegations “overreaching.” “Despite our requests to the DCA, they have not provided evidence to back up their demands nor have they requested any additional information from us, but instead have taken this to the media to coerce us,” company spokesman Michael Sinatra said.

Seriously, since most customers know going into the store that there’s a good chance they’re going to pay more automatically, why are we so surprised Whole Foods has such outrageous markups on its products? Isn’t that the very core of how corporations and we humans are operating right now, that “screw you before you screw me” mentality?

Looks like Whole Foods really does deserve its nickname because it, quite literally, might have cost thousands of New Yorkers shopping there their “Whole Paycheck” — and maybe even more so now as it will surely have plenty of fines to pay coming from this whole organic enchilada. 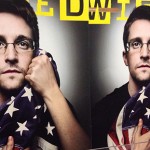 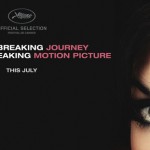