She took a break from performing onscreen in 2007 after she discovered a herpes rash on her butt, a virus she had contracted during her time in the porn industry. Until that point, Sinclair had only experienced outbreaks on her labia, and she worried about the virus spreading to her mouth, her eyes and other parts of her body. At the time she wrote on her MySpace page, “This is a really big decision for me and it hurts in some ways, but the way I look at … it’s time to let me body relax. I just don’t want to risk getting Herpes all over my body, or in my eyes.”

But fortunately for Sinclair, her fans and other adult actresses out there, there is a place for her outside of pornography. Like with Oscar-nominated director Paul Thomas Anderson.

Sinclair will appear in Anderson’s upcoming “Inherent Vice,” where she acts alongside the likes of Reese Witherspoon, Joaquin Phoenix, Benicio Del Toro, Jena Malone and Anderson’s partner, Maya Rudolph. According to The Hollywood Reporter, Sinclair actually gets more screen time than all four actors listed. The publication adds that Sinclair “more than holds her own” onscreen.

It’s not really so surprising that Sinclair made it onto the Hollywood scene. She is, after all, beautiful with a great body, big eyes, pouty lips. And apart from fitting the more superficial standards of beauty, there’s something really likable about her. Maybe we can call it charisma. Maybe it’s the way she rocks her adorable gap tooth. Or maybe it’s just the fact that she wasn’t scared to talk about having herpes to the press. In any case, she’s camera-ready, she’s bold, and she’s a savvy business woman. In that sense, she seems a lot more prepared for Hollywood than other more-seasoned actresses out there.

In an interview with , Sinclair explains, “I was really excited about just the idea of being a part of a Paul Thomas Anderson movie, because I’ve seen so many of his films, and I just feel like he’s very talented. But then once I was speaking with the casting director about the role, there were some things that I was not interested in doing anymore,” . “They wanted to cast me in a sex scene, and I just was like, ‘You know what, I’m done with that—I’ve done that, it’s not something I’m interested in anymore. I want something different or at least not that.’ So I actually almost said no. I was basically like, ‘No, I’m not interested in that, but if there’s something else get back to me.’ And she got back in touch with me after she talked to Paul, and he was kind of like, ‘Are you crazy?’ He was kind of shocked.”

A biography section is listed on the Belladonna Entertainment website. Under a section titled “The future of Belladonna?” she writes, “Nobody really knows what the future will hold, but I do have a lot of fun doing what I do for a living and I plan on continuing my success in adult as well as experimenting outside of adult with acting, singing and anything else that comes my way.” 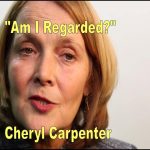