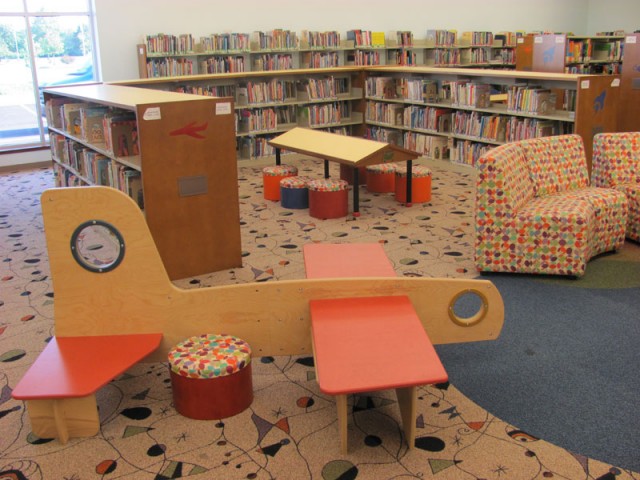 Some years ago, there was a book called “What’s the Matter with Kansas?”, and it tried to figure out why people there constantly voted against their own economic interests. Today, I’d like to pose that same question in a slightly different context. The town of Leawood, Kan., has just made a 9 year old take down a free library he set up in his own front yard. So, let me repeat, “What the matter with Kansas?”

If he had set up a lemonade stand, Spencer Collins would be hailed as a young entrepreneur. However, Collins has something of the intellectual in him, so he put up a library. He told the press (yes, he’s pretty good in front of the camera — his whole generation seems to be) he did it so people would “get into reading, get to know your neighbors, and … make friends.” Spencer’s idea was a Mothers’ Day gift as well.

Like all good parents, his Mom and Dad set up a small birdhouse-sized structure for the books. Around the world, there are 15,000 similar “take a book, leave a book” structures. A laundromat down the street from my house has a bookshelf that operates on this principle. What a great thing!

And whenever there is a great thing, there must be a weapons-grade jackass who ruins it. Enter the Leawood City Council and some of Spencer’s neighbors. Apparently, some of the neighbors complained, and the Council sent the family a letter ordering them to take it down.

“This is different than a one-day Kool-Aid stand; it’s a permanent structure,” Councilman Jim Rawlings told The Kansas City Star. “This question is — where do you draw the line on front yard structures?”

Well, Councilman, let me help you a little with this. Draw the line wherever the hell you please so long as it doesn’t discourage a young boy from sharing his love of books and reading with his neighbors (some of whom seem to be unworthy of his attentions). Set a size limit or create guidelines for uses of such structures, but don’t let your need for hard and fast rules get in the way of local literacy and sense of community.

Or as Dickens put it, “If the law supposes that,” said Mr. Bumble, “the law is a ass — a idiot. If that’s the eye of the law, the law is a bachelor; and the worst I wish the law is that his eye may be opened by experience — by experience.”

Daniel Handler, aka Lemony Snicket, author of the “Series Of Unfortunate Events” books, has backed Spencer. The San Francisco Chronicle reported that Handler is sending “a handful of Snicket books — largely from my new series, ‘All the Wrong Questions,’ in which a librarian is a hero.”

When asked if he had any advice for Spencer, Handler replied, “I would rather be advised by this librarian on what he thinks I ought to read next.”

Mayor Peggy Dunn told the press that there would be a Council meeting today on July 7 at which the city council would consider making an exception for Spencer’s birdhouse-sized library. The Collins family has formally been invited to attend the meeting and will address the Council.

Spencer told KMBC Channel 9 (an ABC Affiliate), “I would tell them why it’s good for the community and why they should drop the law. I just want to talk to them about how good it is.”

So, “What’s the Matter with Kansas?” We’ll find out today.

Last night, the city council of Leawood UNANIMOUSLY passed a resolution to allow Spencer Collins’ library to go back up this morning. The Kansas City Star tells us:

“The Leawood City Council unanimously approved a temporary moratorium Monday night that exempts the little lending libraries from a city ordinance that prohibits structures in front yards. The moratorium, effective Tuesday, will last until Oct. 20. As soon as the moratorium passed, Mayor Peggy Dunn called Spencer to the front of the room to hand him a book for his library, an action that received applause from the audience.”

This is only a temporary solution. The council really has to amend an ordinance to make it permanent, and that could take 60 to 90 days. During that time, neighbors will be surveyed to gauge opinion. They can weigh in on the colors used and perhaps set limits on how many libraries a neighborhood can have. More or less a responsible approach.

While the council was unanimous, opinion in the audience wasn’t. The Star found Wade King, a local asshat, who said, “Why do we pay taxes for libraries and have those boxes on our streets. In a blighted area? Sure, put them everywhere. We’re not a poor area. We don’t need them.”

Well, at least now we know what the matter with Kansas is — people like Wade King. 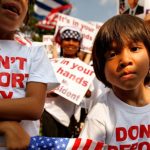