So now I have yet another dream that will never, ever be real.  As in, suddenly finding a ton of money in my bank account.  Well, and then having enough time to move said money out of reach and getting out of Dodge.  So to speak.  Well, regardless, a woman in Baton Rouge checked her bank account balance.  And, well, her surprise wasn’t that there wasn’t enough money there.  Rather, there was too much.  Like, an unbelievable amount too much.  We’re talking a lot of zeroes here.  Like, $50 Billion of extra money in the family account.

Read More: Kentucky Redneck Rave Was Even Crazier Than You Thought

WHAT WOULD YOU DO IF YOU FOUND A WINDFALL IN YOUR OWN FAMILY ACCOUNT?

See?  Isn’t that a nice dream?  But this family didn’t try to realize the dream I described above.  They didn’t try to move the money out of the family account and get out of the country, stat.  Rather, they went the Honest Abe route.  The woman’s husband did the right thing, and immediately reached out to the bank to let them know about the error.  No, really.  He didn’t even wait for some heady interest at the end of the month!  I mean, $50 Billion of even the lowest interest would be a nice little payday.  Well, not that they could keep that either.

THEY IMMEDIATELY INFORMED BANK OF MONEY IN FAMILY ACCOUNT, AND BANK DID NOTHING FOR DAYS

But here’s the really surprising thing about the bank.  It took them 4 days to correct the error.  4 DAYS.  Does that make any sense?  First off, the bank makes an incredible mistake and deposits $50 billion into a random, family account.  The family then tells them about it, and quickly.  But then it takes the bank 4 long days to move the money out?  The first is kind of amazing.  But the delay in the correction just doesn’t make any sense.  4 days is plenty of time to move some of that money to, say, the Caymans and have a 30 year vacation.

So far, there’s no word that the bank is rewarding this honest family.  To me, that’s a 3rd strike. 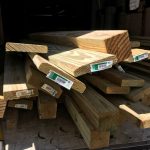 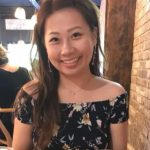