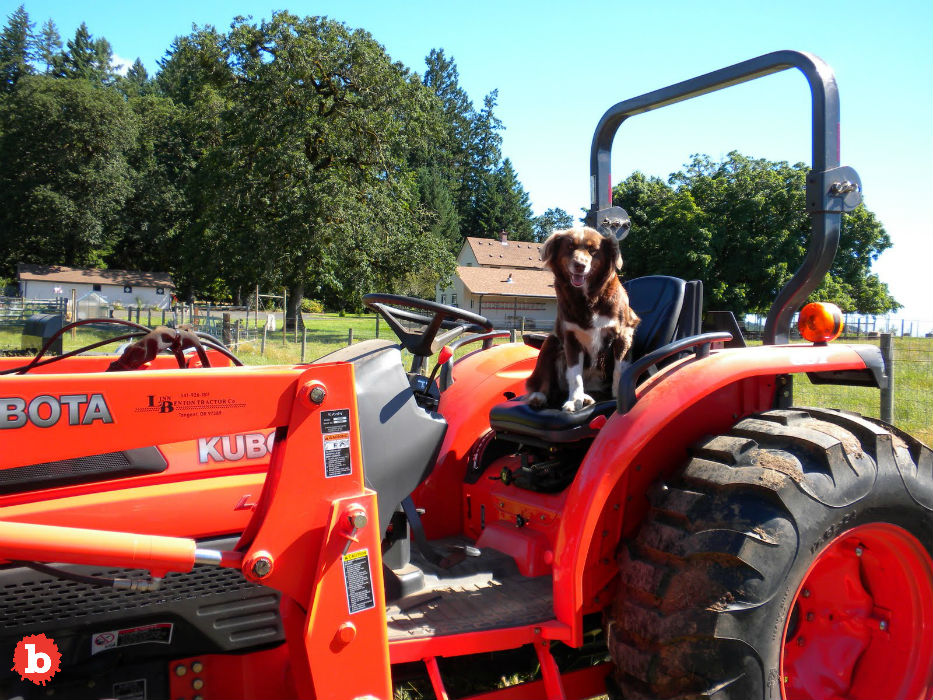 Weird and random stuff happens all the time.  But some stories are more weird and random than you expect.  This has to be true about the English millionaire, Derek Mead.  His dog, driving a tractor, literally killed him.  I mean, have you ever heard of that before?  I seriously hope not.  But it was, of course, a tragic accident.  This happened last summer when Mead, 70, was working on building a rock garden at his home.  He was using a tractor for the heavy lifting and moving.  But he got out and left it running.  Authorities believe he didn’t set the handbrake and left it running in neutral.  That was the last mistake Mead will ever make.  What a bad end.

Read More: So How Do They Really Price Chicken Wings?

The multimillionaire’s end was surely untimely.  Mead lieved near Weston-super-mare in Western England.  He was a well-known landowner and businessman.  He also farmed over 3,000 acres of land and owned a number of racehorses.  So many in the community are stunned by his death.  Health and Safety Executive Investigator, Simon, Chilcott, explained what likely happened, “You can move it inadvertently.  Whether the dog has been jumping up to see where his master has gone, or put his paws up on the door to await the return of Derek—it seems most likely that he has collided with the lever.”

But it was Mead’s son Alistair who found his English millionaire father.  Alistair wept thru the inquest of his father’s death.  He had been driving near the family’s home and saw his father under the tractor.  He said, “We stopped, and I could see Dad’s legs at the front of the machine.  I could see that he was trapped. He was crouched down, facing the machine as if he had turned to see the machine coming towards him and ducked, trying to avoid it.”  A local coroner called the entire affair, “a very tragic accident.”