He’s Extreme Measures opened at the New Museum on Oct. 2, marking the artist’s first solo show in the United States in more than two decades. The showcase will run on all floors of the museum through Jan. 12, 2014, and includes Hester Street Café catering inspired by the exhibition, as well as a motorcycle-powered iron wheel, “The Big Wheel” (1979) from 11:30 a.m. to 2:30 p.m. Wednesdays through Sundays.

Burden, now 67, has been an active artist for 40 years. As the Extreme Measures title indicates, the exhibition seeks to understand the relationship between the so-called measures of medium, space and morality. Renowned since the 1970s, Burden was acclaimed for his performance art, touching on issues of physicality in the scheme of sociopolitics. In the 1980s, he moved onto sculpture, often working with ready-made childhood toys, recreating small-scale worlds as another means of social commentary. His approach to the interworkings of art, now referred to as relational aesthetics, has become a disciplinary springboard for contemporary art.

While performance art is arguably the best known facet of Burden’s work, the New Museum seeks to minimize its inclusion in the retrospective so as not to overshadow discovery of the lesser-known. Throughout the 1970s, Burden was notorious for his extreme brand of social commentary. He staged events ranging from paddling a kayak on the Sea of Cortez for “B.C. Mexico” (1973) to crucifying himself across a Volkswagen Beetle in “Trans-fixed” (1974). Despite the high-profile nature of his inspiring, physically demanding performances, Burden gave them up by the end of the decade. There are no performances on site, with only the accompanying catalogue and other literature detailing the history. Burden’s lack of public exhibition in recent years is largely due to the fact that he is calculatingly remote. He has lived and worked from 80 acres in Topanga Canyon, a hilly retreat outside of Los Angeles, since 1981, prior to which he lived in a tent for five years. As such, while he was esteemed in Californian and marginal European enclaves, he was far removed from the New York art world. His last solo retrospective was in 1988 at the Newport Harbor Art Museum in Newport Beach, Calif., now called the Orange County Museum of Art. He has additionally exhibited domestically with Gagosian Gallery in Beverly Hills.

Born in Boston in 1946, Burden has been active in California since he attended Pomona College as an undergraduate, later receiving an MFA from UC Irvine in 1971. He has shown in Europe, presenting at the Austrian Museum of Applied Arts in Vienna, the 48th Venice Biennale and the Tate Gallery. Two recent works signify a metaphorical rebirth. One major five-year installation at the Los Angeles County Museum of Art called “Urban Light” (2008) features 202 street lamps. The effect of the pale lit bulbs is ethereal, suggestive of a heavenly reintroduction into the art world. Combined with this New Museum retrospective, it seems Burden is slowly but surely coming back into the public eye.

Another major work is “Tale of Two Cities” (1981). The work was an initial departure from performance, and as such includes a performative element: staging two city states at war with 5000 toys, planes and sand on a cardboard base. The Orange County Museum bought the work for the 1988 retrospective, and permitted Burden within his contract to continue to modify the piece pending museum approval. By 2007, it had fallen into disrepair, and Burden suggested destroying the work, as a comment on society as rubble. Instead, the work was eventually restored at a value of $50,000, financed by the Orange County Museum and the New Museum. Conservators vacuumed sand and replaced toys, gluing them onto aluminum instead of cardboard. Now on view fully restored in New York, the newly constructed town is indicative of a fresh and exciting retrospective. 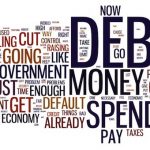 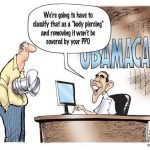