The wedding day finally arrived. Not yours, but nevertheless, you are willing to dedicate a decent amount of time to look presentable for your dear friend’s special day. She did, after all, make you feel special by sending you an invitation to celebrate her new holy life together with her special man.

You buy a gift, and depending on who and how fit you are, you get a new suit or dress. You could be feeling really good, so you go ahead and buy a new pair of shoes as well; after all, brand-new shoes when comfortable do have the magic powers to make you feel even better because you stand tall and confident.

You arrive to church on time, because no matter what, only the bride is allowed to be late. Time goes by so slowly. You wait, you admire, and despise other guest’s ensemble choices. There is nothing to do, so you need to entertain yourself because chances are the bride will indeed arrive late — she is too busy taking selfies and #hashtagging her last singlehood moments for the world to see. You can actually follow her as she is posting them.

Finally, the music starts. Everybody stands up and turns around to see the expected image of a gracious bride walking with her proud father. They get closer, and you start to notice details of the dress, the bouquet, her hair and makeup. As they are passing by, you take a closer look at the beautiful white gown;. You start to check the train of her dress. Then, for a moment, you believe you saw a baby at the end of it. Of course you don’t believe your eyes, you look at everybody else, and they can’t believe their eyes either. You wonder if this is a new wedding trend. Yes, indeed, there is a baby being dragged at the end of the dress as the proud bride walks down the aisle. Who do you blame? The wedding planner?

No, this is not an old episode of “Candid Camera” or even a prank at the new show “The Carbonaro Effect.” This scenario — a baby on the dress train — really happened at a wedding in the Elam Baptist Church in Ripley, Tenn. The photograph of the bride Shona Carter-Brooks and her one-month-old baby Aubrey went so negatively viral all over the social media that they felt the need to put out a Facebook statement to calm people’s nerves.

I am just happy that it was just one baby — it could have been twins or triplets. When you think about the extent that these folks went to make this possible, it’s just laughable. First, can you visualize the moment that someone had their version of this “brilliant idea?” Maybe they were trying to pay homage to the painting “Mama Queen” by artist Annie Lee. That would make sense to me. Second, they had to do fittings to make sure that little Aubrey wouldn’t roll off the dress, which according to the bride, was a diffusion line dress White by Vera Wang bought at David’s Bridal. Vera Wang’s reps have denied that the dress is from any of their lines. Can you imagine all the scientific effort that was needed at these fittings? We do live in an era of wearable technology, which also includes cushioned wedding gown trains to cater to all babies’ weights.

If this becomes a trend, some people will start to forget their “Jesus” teachings as did the Brooks: They will prefer to have babies before marriage just so that they could drag them down the aisle. It wouldn’t surprise me. We are a crazy race very influenced by ad campaigns and driven by social media — not that I believe that was their initial intention, but however, at the end of their wedding day, I am sure that the Brooks’ couldn’t help but think that “having our baby being dragged on the bride’s train dress for the world to see” paid with a MasterCard or not … was just “Priceless.”

Gazelle Paulo is a contributing journalist for TheBlot Magazine. He also writes a column for NewYorkSPY.com. You can follow him on
Twitter. 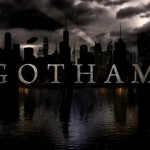 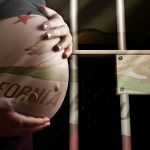