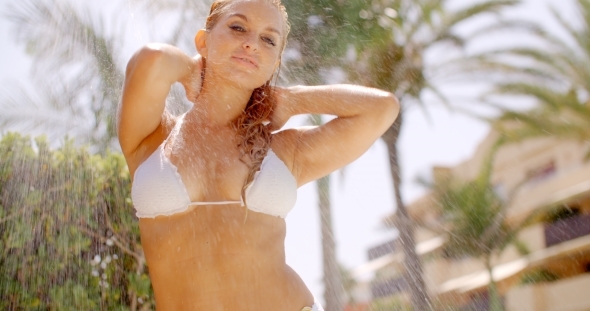 Bedbug bites are brutal. Vacation season is in full swing and many people are traveling. One of the things I love most about checking into a hotel room is checking out the hotel room. The more little quirks the better, like the time I found a Koran in the desk next to the Bible. But in the last couple of years, this initial exploration has become more of precaution than an adventure. After a weekend at my son’s basketball tournament, we came home with bedbugs. I’ve had worse things happen to me, of course, but it was a long, itchy nightmare.

Back in the last century, everybody’s Mom kissed his or her forehead, turned the light off and said, “Goodnight, sleep tight and don’t let the bedbugs bite.” But who really had bedbugs? They were as common as the plague or small pox.

But one weekend in a hotel, and they infested my kid’s bed. We tried all the stuff you can buy at the hardware store. There may be clinical evidence to the contrary, but as near as I could tell, the spray only worked if you drowned the bugs in it. And steaming the mattress might have helped, but I couldn’t tell. The bugs were still there.

So, we called in the pros. They came and after an inspection explained what had to happen. All the clothes had to go into plastic bags to be transported to the clothes drier. Every shirt, pair of pants, sock, all of it in the drier for at least 30 minutes. Emptying a teenager’s room is an event not to be wished on your worst enemy.

Once the room was empty, they used their steam machine (much more impressive than the one I used) and they used insecticide gas and powder. No one was allowed in the house for three hours. And $350 later, the bugs were gone.

Read more: The Nasdaq Stock Market is a real drag, its people kill the markets like bedbugs

At least, they were gone from that room. About a month later, my other son told me his room had bedbugs. Whether this was caused by survivors from the previous treatment or whether it was a new infestation, I couldn’t say. But we went through it all again.

Since then, my wife has been paranoid about our bedroom. She doesn’t like bugs to begin with, and anything that bites, well. . . . She travels on business and more than once has insisted on a different room because the first one had bedbugs. Every so often, there’s a sleepless night as she is convinced that she saw a bedbug. It’s only the lack of bites that convinces me she saw something else. We even bought special covers for all of the mattresses and box springs.

According to the Centers for Disease Control, “the United States is one of many countries now experiencing an alarming resurgence in the population of bed bugs. Though the exact cause is not known, experts suspect the resurgence is associated with increased resistance of bed bugs to available pesticides, greater international and domestic travel, lack of knowledge regarding control of bed bugs due to their prolonged absence, and the continuing decline or elimination of effective vector/pest control programs at state and local public health agencies.”

In other words, get used to the idea that the hotel room you just entered might have bedbugs. And that those bugs would love to come home with you. And to get rid of them will cost you.

There are some things you can do to protect yourself when you travel. For example, don’t dash in, open your suitcase and put things in the drawers. Instead, place the luggage in the hall and check the surfaces for tiny rust-colored spots on the sheets, along the mattress seams and so on.

Typically, they come out at night to feed, but during the day they are most likely found within a 1.5 meter radius of the bed.” Once you’ve checked the bed, use the luggage rack for your suitcase, and keep it away from the bed and the walls. When you pack to come home, don’t just throw everything in the suitcase. Pack deliberately. And when you get home, everything you took with you, whether you wore it or not, goes in the drier.

Before you worry about getting bedbug bites, make sure you don’t take a shower. Wrap yourself up in a thick cover and just go to sleep. If it isn’t one damned thing, it’s another.