Last week in New York, I was on a rooftop for a group photo session produced by German photographer Dietmar Busse for his photo series “Imaginary Friends.” This particular group included artist Scooter LaForge, designer Van Gregory, moi and and the iconic fashion illustrator Robert W. Richards, who had just returned from showing his artwork in Berlin.

The concept of the rooftop shoot required that we had our faces painted white to match our white ensembles. After the shoot, we had dinner right there surrounded by the city and under the stars. It was a surreal and fun experience. Robert, seated next to me, told me that it is important to never let your mind get old, so we kept the white paint on our faces during dinner.

There are many words one could select to describe Robert. My favorites ones are polished, a gentleman and “never boring.” And, indeed, there is nothing boring about this man, his famous glasses, his friends and his extraordinary life that has been spent mostly in New York City. It was in this city that he became an illustrious fashion illustrator, but his career started when he was already drawing professionally at age 16 back in Maine.

Robert’s strong run has included fashion illustration works for the houses of Yves Saint Laurent, Valentino and Gaultier and many others. Broadway commissions, CD designs, album covers, books, chic portraits of the rich and famous and striking homoerotic images are what now keeps this sublime artist busy. Robert even found time to put together “Chapters from an Improbable Life,” an off-and-on one-man show at Dixon Place that consists of an evening with Robert recounting his superb adventures. His latest book “Stroke” has just been released, and he’s already working on his next one.

No wonder why it is impossible for him to let his mind get old with so much going on, and for that, Robert W. Richards is our August Style Master.

Gazelle Paulo: Robert, please describe your style with your own words.
Robert W. Richards: My personal style is surprisingly quite formal. No shorts and polo shirts; if I do wear a T-shirt, it’s under a jacket. Basically I wear suits. I like the structure and angularity they bring to my look. My first choice is usually Paul Smith with an occasional low swing to Topman. And there’s Scooter LaForge! He’s painted jackets and suits for me, and when I wear them, I feel like a walking museum.

Do you have any peculiar fashion habits?
As a gentleman of a certain age, I’ve now reached “the Katherine Hepburn years.” I’m no longer fond of my neck, so like Ms. Hepburn I keep it swaddled in scarves and high-buttoned shirts. The less you see now, the better. Face and hands are all I have to give at this point.

What was the defining fashion moment in your life/career?
One day years ago in Paris, I shared an elevator with one of my idols, the great illustrator Kenneth Paul Block. I was too awestruck and shy to speak to him, as much as I wanted to. As I stepped out at my floor, Mr. Block said, “Young man, you’re very stylish.” I almost fainted right then and there, and I realized that I would never need another compliment for the rest of my life. Over the years, Kenneth and I became good friends, and we remained so until he passed away.

Every time I enter a room full of fashionables, I wish I’d worn something else. Then I realize I really don’t give a fuck what they think, and I soldier on.

What is your favorite store in the world and your favorite one in New York City?
I’m not a shopper, so basically I look at stores as “Art Installations” more than I do as places to buy clothes. Among my favorites are Bergdorf and Paul Smith in New York because I like their well-curated book shelves. And Colette in Paris … and any shop anywhere that seduces me with their window displays. I’m a pushover for great windows.

What was the most spectacular party you attended?
In the ’70s in Beverly Hills at the home of the late Polly Bergen, who was then married to the agent Freddie Fields. At that moment, Bergen and Fields were the “Ruling Monarchs” of the film colony. And the film colony was in spectacular attendance — the great directors Billy Wilder and his beautiful wife Audrey, John Schlesinger and Binnie Barnes, designer James Galanos, Field’s major client Judy Garland, another legend everywhere you turned. This was the Hollywood of my dreams — then, as now, the onscreen flavors du jour meant very little to me. I was in “Cinema Heaven,” and every moment still burns in my memory. I’ve been to many lavish events since then, but none of them had quite the ZING that one had.

If you could style one person, who would be the lucky one?
Seeing this is a fantasy question, I’ll indulge in one of my major fantasies. If I were in charge of the world, every man would look like and dress like Marcello Mastroianni in his Fellini films “La Dolce Vida” and “8 1/2.” Beautifully tailored black suits, white shirts, sunglasses … nothing could be better or sexier or even now edgier.

What is the perfect attire for the eternal sleep?
Refer to the paragraph above: skinny black suit (Dior), white shirt, even sunglasses. The perfect ensemble for wherever I’m going. 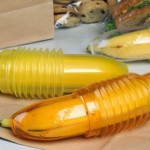 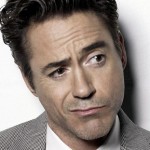