AT&T, one of the largest providers of broadband Internet and telephone services in the United States, was a close ally of the National Security Agency (NSA) for more than a decade starting two years after the terrorist attacks of Sept. 11, 2001, according to newly released documents.

The New York Times newspaper reported Saturday that documents leaked by former government contractor Edward Snowden revealed the telecom giant helped the foreign spy agency surveil and collect data on a large amount of Internet traffic flowing through, to and from the United States.

The documents suggest a high level of domestic, and perhaps unwarranted, surveillance by government agents working for the NSA and other homeland security groups. Programs exposed by Snowden in the past have shown a mandated level of cooperation between telecom giants — notably Verizon, although it is believed to include all companies operating in the United States — and agents at the NSA and elsewhere in helping the government monitor the electronic communications of Americans and foreign nationals alike.

But the documents published by The New York Times on Saturday indicate that the government’s partnership with AT&T was not something mandated by a secret or public law or order, but instead something the telecom giant voluntarily agreed to with federal agencies.

“This is a partnership, not a contractual relationship,” one document read as quoted by the Times.

That AT&T cooperated in some part with the NSA was not a complete unknown: Nearly a decade ago, a former AT&T employee attempted to expose the company’s cooperation with the government by blowing the whistle on Room 641A, an interception facility at one of AT&T’s offices in San Francisco.

Mark Klein, the former AT&T technician who tried to expose the program, handed over technical documentation about the interception room to Joseph Menn, a reporter at the Los Angeles Times. After several meetings with the government, Dean Baquet, then managing editor at the LA Times, told Menn the story would not run because the details of the source material were too technical in nature (the details of the program were later exposed in a lawsuit filed by the Electronic Frontier Foundation against AT&T).

Baquet is now the executive editor at The New York Times, the paper that published the latest batch of documents on NSA surveillance. It was not immediately clear why the Times decided to report on the existence of the documents more than two years after they were leaked by Snowden.

It also cooperated with the government in a range of classified programs, including one in which the NSA was awarded a secret court order authorizing the agency to spy on electronic communication flowing to and from the headquarters of the United Nations in New York City where the building is considered to be on extraterritorial land out of the reach of domestic law enforcement.

The documents do not name AT&T specifically, but code names assigned to the company were matched to AT&T by former intelligence officials and other data reviewed by the Times and its news partner ProPublica. That data included a repair on a U.S.-Japan fiber optic line damaged by the 2011 Tohoku earthquake; a review of documents released by Snowden showed a fiber optic line used for the NSA’s spy program was repaired the same day. The line, thought to be one and the same, is operated by AT&T.

The documents also implicated Verizon and a now-defunct telephone company, MCI, as cooperating with government officials under similar programs. MCI was purchased by Verizon in 2006. Documents released by Snowden named an individual as a point-of-contact for the surveillance partnership; a LinkedIn profile cited by the Times said he was a long-time Verizon employee (TheBlot Magazine could not independently verify the individual’s association with Verizon because the Times and ProPublica did not identify him by name).

In June 2013, Snowden’s exposures of a bulk telephone data collection program involving Verizon and, presumably, every telephone operator in the country led lawmakers to propose changes to how the NSA collected and disseminated data on American citizens.

The government had long held, and in some capacity continues to claim, that the programs exposed by Snowden were necessary to the prevention of domestic and international terrorism. But critics of the programs said the programs did nothing to thwart terrorism. A White House review panel also found the bulk phone collection program was not instrumental in the so-called “war on terrorism,” and that the government could achieve its surveillance objectives by obtaining warrants in specific investigations rather than collecting data in bulk.

Last year, the White House proposed changes to the phone data collection program by suggesting the phone companies collect and store the data instead of the federal government. The government would be allowed to query the stored data only when agencies obtain a warrant from the secretive Foreign Intelligence Surveillance Court or another judicial body, the White House said.

In June, President Obama — one of Snowden’s strongest critics — signed legislation that put that exact framework in place. Weeks ago, the NSA said it was drawing down its bulk collection program, and at the end of the year it will no longer be permitted to collect phone records itself.

It remains to be seen if the same will be true of any Internet collection programs that still exist today. The documents cited by The New York Times and ProPublica over the weekend only extend to 2013, the same year Snowden leaked them, giving government officials plausible deniability that such a program — or an offshoot — continues to exist today. Unless someone else leaks more-current documents, the operation of any such program will likely remain an unknown. 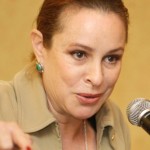 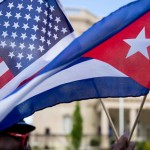