I can’t even believe that I’m about to write this, but today, July 1, Debbie Harry turned 70.

To me, she’ll always be the sexy Blondie punk goddess who came up at legendary New York clubs Max’s Kansas City and CBGB and gave us inimitable classics like “Call Me,” “Rapture,” “One Way or Another” and “Atomic.” Why, after her 40 years in the business, will she always be that to me? Because Debbie Harry is still that fiery and fierce icon to this day.

I saw Harry in the flesh for the first time when Blondie took part in an Amnesty International concert at the Barclays Center in Brooklyn last year, and I was mesmerized. Of the dozens of musical acts on the bill — some who, today, may be more well-known to younger music fans than these pioneering punk rockers — it was Blondie that easily delivered the night’s best (and far too short) performance. There was an electricity that ran through the band and Harry as she prowled the stage during their raucous set, and it proved, not that I had any doubt, that the husky-voiced chanteuse was just as much a force to be reckoned with now as she had been on those long-gone stages of yore.

Debbie Harry has that je ne sais quoi we all wish we had. She always had it, and she always will. If you need further proof, I’ll just let her tell you in her very own words. 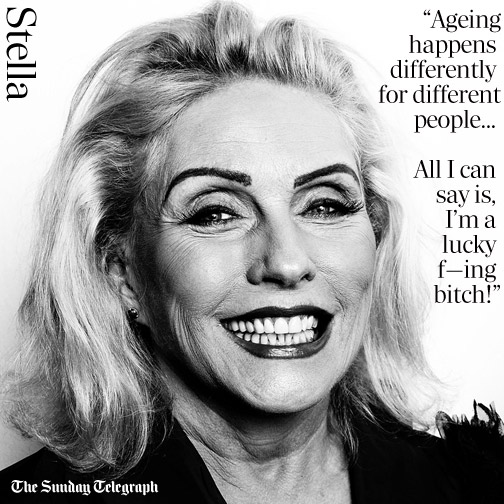 “The issues of humanity and what is fair treatment and good treatment of a fellow human being should not really be based on a personal sense of right and wrong or judgment.”

“How can one be a woman and not be a feminist? That’s my question.”

“I guess people assume I have some sort of totally magical life, but I’m a working musician, fortunately. I’ve worked on my craft, and I’m very fortunate I’ve been able to survive in a very competitive industry and enjoy my success. It’s not easy.”

“Nothing much has changed since the Seventies. Women still need to shrug off the criticism, as I did back in the day.” 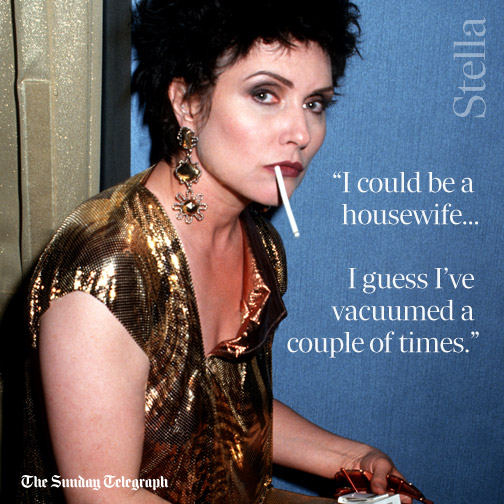