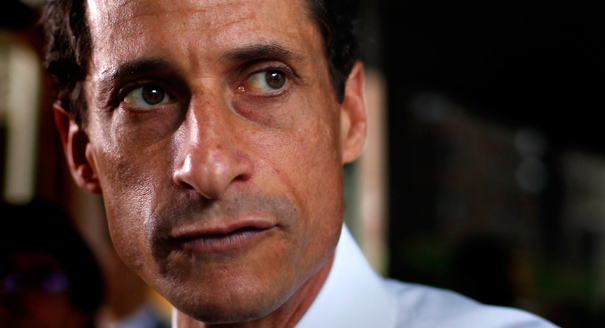 Anthony Weiner’s photos of his wiener keep making news. His astrology chart supports the frequent and ongoing exhibition of his private parts. Born September 4, 1964, Anthony is a Virgo. Virgos are the nudists of the zodiac. Virgos LIKE being naked and prefer to be unencumbered by tight clothing, skyclad so to speak. Mothers of Virgo children often despair of getting their little Virgos to stay clothed. Naked is best!  Anything that “binds” or “cuts” or is uncomfortable to wear, Virgos shun. They prefer naked or modest. Once they grow up, they are the dowdy dressers of the zodiac — clean, neat, comfortable but unfashionable — Birkenstocks, elastic waistbands and cotton/blue jeans earth mother and father types.

Anthony’s Virgo Sun is captured between two very mean planets, Uranus and Pluto — making him behave in a combination of shocking and compulsive ways  — particularly around those supposed to be private Virgo body parts. His chart suggests he started showing his penis at the age of 7 years and 8 months. Most kids play doctor with a whispered “I’ll show you mine, if you show me yours.” Fun and games using a flashlight and two bodies while hidden in the relative seclusion of a darkened bedroom closet. Anthony didn’t grow out of playing doctor! Why does Anthony keep texting photos of his parts in a grown-up Internet version?

With five planets on the world axis, the heavens help make Anthony’s private parts visible for the world to see. His Neptune is at 15 Scorpio: Neptune rules photography and addiction and Scorpio is all about sex, death and taxes. His Congressional career was killed, so to speak, by photos of his wiener, right before extremely critical votes on taxes. His Mercury, at 7 Virgo, had fun with those early expositions in the bedroom closets. Anthony kept exposing. His Nodes of Karma and Fate at 29 Sagittarius/Gemini suggest what he publishes or talks about will make him controversial. He was controversial in Congress with his speeches, and now with his published emails and photos. And last, his Mars in Cancer, at 23, describes his rather large and well-endowed penis, relative to his wiry, whip-thin body. Cancer, the sign of abundance, endows the owner with abundance wherever it touches . . . in this case, Anthony’s Venus (love life and his beautiful wife) and his Mars (the action and sex planet).

At his 5:36 pm EDT press conference on July 23, 2013, in New York City, the asteroid “Dick” at 23 Virgo was rising in the sky. “Dick” was opposite “Salacia” — tied to “salacious,” which means lecherous, lustful, grossly indecent and obscene. The asteroid “Pecker” was arguing with the asteroid “Wiener,” catching Anthony literally with his pants down. Again! However, Weiner certainly isn’t hiding from the wiener controversy this time!

Mr. Weiner‘s therapist says he isn’t addicted to sending his penis photos to women. I wonder. My friend’s brother is a schizophrenic. When he gets stressed, he exposes himself. The sight of a naked male phallus generally stops conversation. Imagine Mr. Weiner, in a stressful union negotiation as the Mayor of New York, deciding to whip out his extra-large member to stop the heated discussion and relieve everyone’s stress!

Or not? At the Mayoral debate, candidates were asked if they have ever sent a text message while driving. Weiner drew roars of laughter when he quickly and firmly said, “No.”

The Democratic Primary Election is September 10, 2013. Anthony Weiner’s Sun progressed out of Libra into Scorpio over the summer. Weiner just finished a 30-year cycle. The astrology says, “Time for you to start a new career!” He won’t be elected the Mayor of New York. He will be heading deeper into Scorpio’s realm for the next 30 years. We can expect to see more of Anthony Weiner’s wiener as he works in the realm of Scorpio’s sexual desires. Weiner’s changes in career brings to mind the sex scandal of the former Governor of New Jersey, Jim McGreevey, which resulted in a major shift in his career direction. 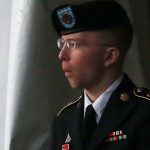 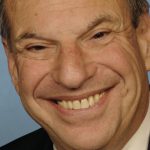