After living in New York City for more than 25 years, I have come to realize that New Yorkers absolutely hate not being top of the charts in everything. The fact that Edinburgh, Scotland, has the world’s largest and most famous arts festival kind of pisses us off. For the past 18 years, we have had FringeNYC, otherwise known as The New York International Fringe Festival. It’s the largest such festival in North America, and it’s growing. So, Edinburgh, watch your back.

This year, FringeNYC opens Thursday. Aug. 8 and closes Sunday, Aug. 24. Over those 16 days, more than 200 companies of entertainers will put on more than 1,200 performances at 20 different venues. The total audience this year is expected to be 75,000, while 5,000 performers will take part. To pull this off, 2000 volunteers give of their time, coordinated by just two full-time employees. And a ticket will set you back just $18.

One of the things that I think will serve FringeNYC well is the special attention that the organizers pay to getting kids interested. FringeJR is the name given to the four kids’ theater productions, appropriate for ages 5 to 12. FringeHigh is a group of shows chosen from the regular FringeNYC roster that will resonate with young adults. FringeArt is a puppet-making craft event sponsored by Puppet Phactory. The theater has no future unless the next generation is interested, and FringeNYC is doing its part.

Shakespeare in the Park is a staple of the Public Theater, and FringeNYC capitalizes on the fact that outdoor theater in New York has a long and honorable history. FringeAlFresco is free and outdoors. FringeNYTeasers is part of this, and it offers snippets of what the festival has to offer. And Momentum Theatre Troupe (Cornish, N.H.) will be bringing its SHOW TRUCK to FringeNYC to present “Juliet and Her Romeo.”

FringeU 2014 features discussions with some of the creators of this year’s FringeNYC shows as well as many FringeNYC Alumni and other members of the theatre community. These FREE panels at 1 p.m. are followed by Q&A sessions that often spill out into continued conversations at FringeCENTRAL for an opportunity to gain perspective on what playwrights are writing about, thinking about, and creating.

I don’t expect my pals in Edinburgh to abandon their own festival to take in FringeNYC, but throw in the fact that we’ve got better pizza, and it’s just a matter of time. 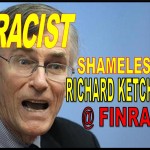 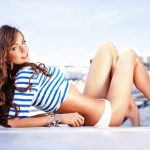