The private institution of higher learning has joined the movement to admit students without SAT or ACT scores. A task force formed to study the benefits of not requiring the standardized tests concluded that the school’s dependence on them was unfairly leaving out some students who didn’t perform well.

And with the change, GWU joined more than 800 other four-year colleges and universities that had already made the change. Many theological schools, rabbinical seminaries and smaller satellite campuses of state universities are also test-optional, but GWU is one of the first top universities to make the change. At GWU, pre-med, home-schooled students and athletes will still be required to submit test scores for admission.

As the growing list of institutions that are now test-optional or test-flexible and deemphasize the once near-ubiquitous requirement continues to grow, more questions than ever are being raised over their efficacy in predicting both students’ college readiness and chances of success. And as the debate continues, the camp that believes grades are a much better predictor of college and career success has come off of the fringes.

Before 1926, when the first SAT was administered, individual schools used their own tests for admission. Following the Progressive Era, the uniform test was introduced as a means of giving more students the chance to attend college or university.

Both the SAT and ACT aimed to assist administrators in making admissions decisions. With applicants of diverse backgrounds — who are educated at disparate secondary schools around the country and world — the added information was meant to supplement class data by putting grades at variously rigorous schools in a national perspective. The tests were a way to standardize admissions decisions to put students from very different educational backgrounds on a semi-level playing field.

And the tests have proven immensely successful in opening up institutions to a broader pool of applicants. The first year it was offered, 8,000 students took the SAT; in 2014, more than 1 million high school graduates sat for the test.

But over the past 100 years, researchers, college administrators and education professionals have raised objections that have spurred an intense reexamination of the tests as criteria for admission. Some feel they are culturally biased, don’t accurately test a student’s ability to be successful in college and unfairly put upon high school students an anxiety-producing, all-or-nothing, make-or-break assessment that eschews actual course work in favor of the one-size-fits-all tool.

Research on the topic of whether the SAT provides a predictive assessment of college success varies, but a recent study provided to National Public Radio (NPR) revealed that students’ academic records are superior predictors of college success than the ACT or SAT. The first study to examine this was done by William Hiss, a former dean of admissions at Bates College in Maine, which has been test-optional since 1984.

Hiss studied 33 test-optional schools — large and small, public and private — and compared student achievement of those who did not submit test scores and others who did. Hiss’ results found no significant difference in graduation rates or grades between the two groups.

Counter intuitively, as the standardized tests became more widespread, they are also now victims of their own success. Over the past 100 years, as almost every high school junior in the country has taken one of these standardized tests to get into college and the numbers of students applying have skyrocketed, it’s become harder and harder to distinguish between applicants solely based on scores.

Even if the SAT and ACT become deemphasized, the tests are here to stay. However, using other factors and delving more into a student’s background can only help administrators make better decisions in the incredibly and ever increasingly competitive world of college admissions. 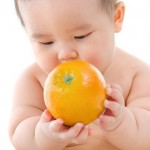