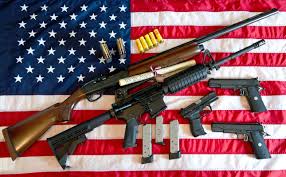 After the CCSU supposed shooting turned out to be nothing more than a Halloween prank gone terribly wrong — yes, a black student dressed as a Dragonball Z character had the SWAT team called on him when he showed up to class still wearing his costume — America was shown that it needed a wake-up call, perhaps something to laugh at, perhaps, after the last several weeks of gun violence.

Recently, a 13-year-old boy shot and killed a teacher and was himself killed after he brought a weapon to school after some apparent merciless bullying. Recently, a 23-year-old man shot up LAX Terminal 3 with an assault rifle, killing one TSA employee and wounding several others. He is currently in custody, although remains in critical condition. But as for the young man in Connecticut today who arrived to campus in the same camouflage-and-orange-shirt outfit that he had been wearing, one can assume, all of last Halloween week, he is a token representation of just how readily we were expecting this to be another tragedy.

When news broke out on Twitter right around 12:30 p.m. Monday afternoon that the CCSU campus was on lockdown, TheBlot’s offices were ready to report on another shooting. Two drafts were composed: one pertaining to a hoax, and the other to a real school shooting. We can only assume that we were not the only media outfit today making such a decision between two such remarkably opposite posts.

Henry Porter of Britain’s The Observer newspaper suggests that the rest of the world see America’s gun gluttony for what it is: a silent civil war. By numbers alone, America’s gun deaths are staggering, with over 40,000 deaths a year from gun violence (approximately 14,000 of those are from suicide). Porter notes:

That’s America, we say, as news of the latest massacre breaks — last week it was the slaughter of 12 people by Aaron Alexis at Washington DC’s navy yard — and move on. But what if we no longer thought of this as just a problem for America and, instead, viewed it as an international humanitarian crisis — a quasi civil war, if you like, that calls for outside intervention? As citizens of the world, perhaps we should demand an end to the unimaginable suffering of victims and their families — the maiming and killing of children — just as America does in every new civil conflict around the globe.

Should the rest of the world step in and try and take America’s guns away, the same way America sees itself fit to go around the globe attempting (but invariably and ultimately failing) to dismantle others’ weapons of mass destruction? Most likely not. Guns are a part of American culture, plain and simple. But there’s many out there who want to see it change for the better, perhaps enforcing laws that state that one must pass a test — similar to a driving test — if they want to own a gun. There’s a silent majority that are willing to see some real gun reform in this country that isn’t a kind that would disarm American citizens.

But until then, gun culture is America’s silent civil war, killing men, women and children.

And the dead don’t vote.